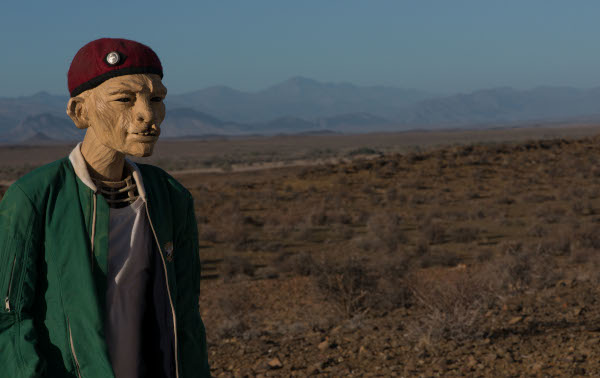 When JM Coetzee wrote Life & Times of Michael K, South Africa was a very different country. It was the beginning of apartheid’s last gasp, the state doing all it could to suppress protests, riots, mounting civil disobedience campaigns.

The words of the novel were being written less than two years before PW Botha’s final State of Emergency, as conscripted soldiers simultaneously fought ‘communists’ on the borders and patrolled the townships to keep unrest at bay. Society was roiling; the white living in fear and guilt while the black cried out and fought for recognition and justice.

Coetzee brought the roiling and the violence to the fore, introducing us to a Cape Town besieged by a war. And in it, Michael K, born with a cleft palate, going about his daily life, wishing no part of it. In his affliction and innocent rejection of all that is wrong, is alone, detached, though far from unaffected.

The play of the same title, created recently, takes us on K’s journey much the way Coetzee wrote it. His life raking leaves for the parks department, his mother’s illness, his filial loyalty in attempting to get her back to her childhood home at Prince Albert, her death, his surviving alone on the abandoned farm, being turned into a servant, wandering into the mountains, interned in a camp, unjustly accused, escaping, living off the land, captured again and placed into a hospital, his return to the space beneath the stairs in a flat block in Sea Point. Or as much of all that as one can fit in a play with the protagonist as a puppet. Which is a strange notion.

Yet Coetzee’s character seems to lend himself to being of wood and wire and cane and string. Through his travails he becomes, in Coetzee’s own description, a skeletal figure, more spirit than flesh, and so his carved features, gaunt profile, seem a natural fit. It is difficult to conjure a character more suited to being portrayed as a puppet – near life size and manipulated by three puppeteers – than Michael K.

Metaphorically too, we are all manipulated, none of us are absolute dictators of our destiny. There are many forces acting on K, made visible in this play directed by Lara Foot; the grey hands behind K’s life from which he continually seeks to be free. Yes, numerous people moving puppets, however wondrously made by Handspring, is bound to be slow at times. The nature of the medium, but these moments, where not used as a means of transformation, are few. Although, there is that scene when Michael K is made to climb a fence, and there’s no escaping the question of what the puppeteers, all lifting him over on one side, are going to do when he gets to the top? There is the consecutive question: does it have to be this literal? There is no smug answer to this. There are moments, entire acts, in which the literalism of the novel is transformed from its past to the present day. Mostly we are enthralled. We are, after all, watching it as Russia invades the Ukraine.

The crumbling wall as an ever-present backdrop is an inescapably prescient signifier of ruin and destruction, particularly in the urban setting of the first half before projections transform it to the crumbling rural mud house of the hinterland.

The puppet is Michael K, the puppeteers the dim forces both propelling him to, and withdrawing him from, his freedom. The cast are both characters and chorus, and the projections are used sparsely, their cinematic effect threatening the smaller, more vulnerable world we’re invested in with mundanity.

With few exceptions the lighting, design, acting, directing, the creative team as whole, are superb. With a sublime musical score, the overall effect is epic, making Life & Times of Michael K is an accomplished, and pertinent work drawing much from the canon of South African theatre, and no doubt adding to it.

Still, there’s that question: why so literal?

Life & Times of Michael K is showing at the Baxter Theatre until 19 March. Click here for information and tickets.