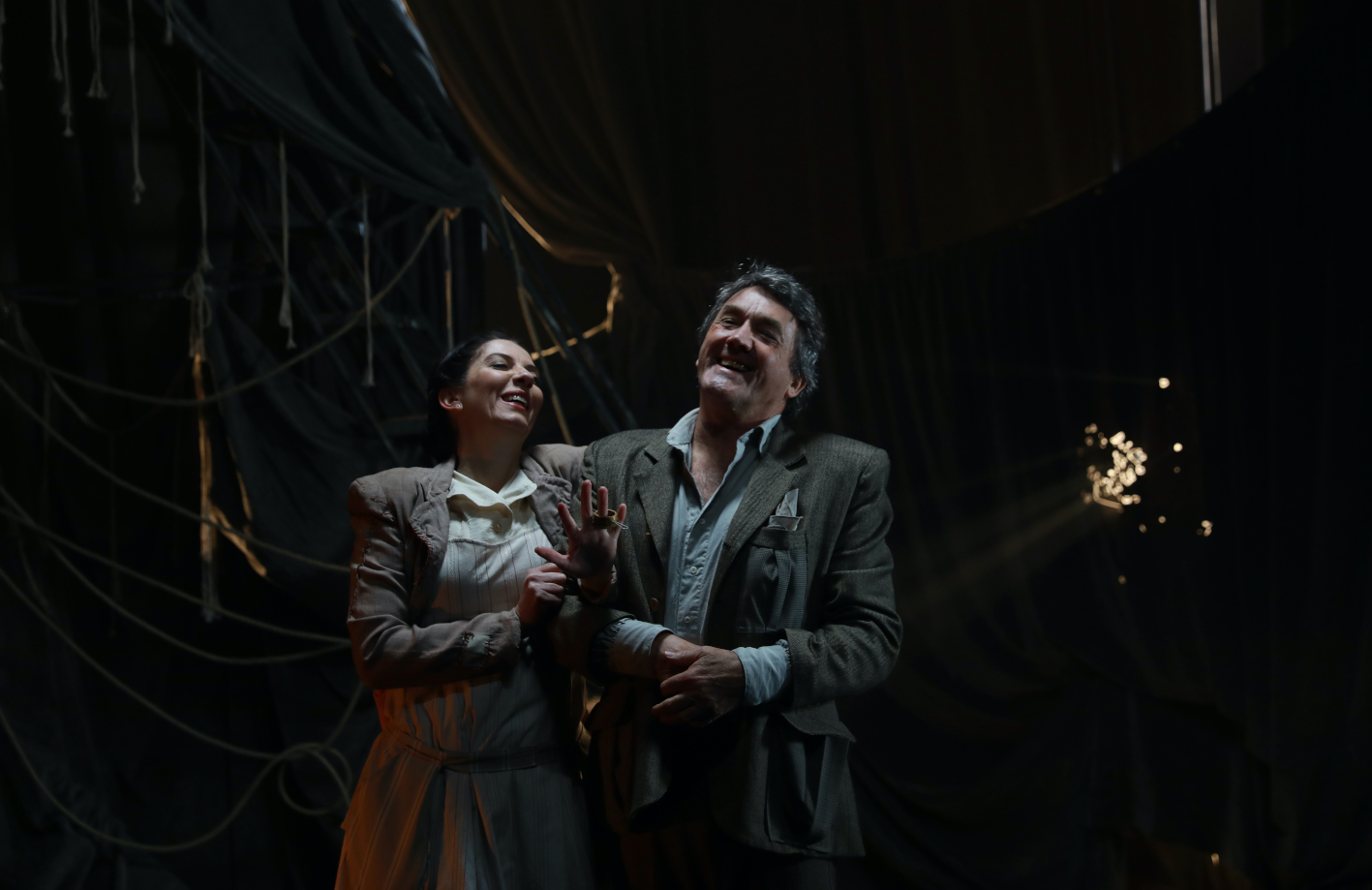 The N1 is a long road, dry too, mostly. Although recently there’s green in those Free State grasses and on the peppercorn koppies. Grass even in the Karoo, faded blonde among the black rocks but waving in the wind given all the rain that’s been falling. Yet the rain doesn’t hide the sun blasted mesas, the twisted ridges, the squint burnt into the landscape by a merciless sun, becoming increasingly tortured the souther you go from Beaufort West. Then, in a little roadside garden outside a farm stall in the Hex River valley: roses. Blooming, their delicate whorls scenting the air, drops from a recent sprinkling sparkling among the colour-saturated petals. Classic beauty. Completely out of place.

Much like Firefly, an exquisite play by consummate actors and theatremakers Sylvaine Strike and Andrew Buckland, with Toni Morkel as director, adding fertiliser and turning on the sprinkler.

It was a joy to watch, to turn away from the glaring light constantly revealing the grit, the detritus, the broken glass in the gravel. An antidote to the abandonment that is visible everywhere; abandoned ethics, abandoned roads, abandoned towns, abandoned purpose, abandoned people.

Strike, Buckland, Morkel form a trio of excellence, striving for perfection. They damn near achieve it, too. The craft that has gone into creating and performing a story about a pair of actors performing a story about loneliness and love, is humbling. Together with Tony Bentel providing masterful piano accompaniment, these are artists who give no quarter when it comes to doing things right. And so from the first gesture, the first word, we are entranced, we put ourselves entirely into their hands. And they take us. On a journey that is whimsical, and funny, and sad, and delivers a destination not so much surprising as comforting, like arriving for a holiday at your favourite aunt’s home and it being exactly as you remembered it, but feared your memory may have papered over the cracks. But a bit of surprise too, because the garden is in its prime and you don’t recall ever seeing everything bloom all at once.

But also, it’s a dream. In some indefinably French setting. Strike, so refined in her performance she is almost translucent, channeling the famed Lecoq school. Buckland miraculously maintaining the ability to be dishevelled and perfectly put together at the same time. Movements precise as a marionette and graceful as a river. Both of them in absolute control and utterly in character, existing in a capsule outside of time.

It is a beautiful place to be, much like the slow time of a deep inhalation, eyes closed, of the heady scent from a dark red rose: it bears no resemblance to anything around it.

Firefly stays where it is, an oasis in a garden of care, and you see nothing in the stark landscape that offers a reminder, admits reflection, as you carry on along the road.

Only, perhaps, now and then, in dreams.

Firefly’s run at the Baxter Flipside has been extended until 16 April. Ticket prices range from R150 (during the week) to R170 (on weekends) and can be bought online through Webtickets or at Pick n Pay stores.