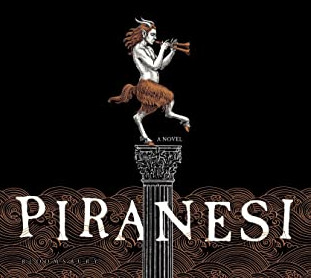 It was one of the extracts that caught my eye. You know those sound bites (or word bits in this case) publishers pull from reviews and splash across back and front covers of the novels they’re trying to sell. It was something someone from the Daily Mail – of all newspapers – wrote: “Thoroughly beguiling… The House will haunt my dreams”.

It was a seductive clip, hitting three irresistible notes in one short sentence. First was the word ‘beguiling’, suggestive of mystery and mermaids and one of my favourites. Second was the cryptic mention of The House, with capitals, adding a cryptic clue begging to be untangled. Then the clincher: “haunt my dreams”. As any lover of literature will attest, the haunting of dreams is what is ultimately sought from a story.

Added to this was the last line in the blurb: “The Beauty of the House is immeasurable; its Kindness infinite.”

I’m sucker for kindness in a novel. There is enough, more than enough, horror and brutality in this world. Empathy is an oasis in a desert of social reality.

Then I started reading it and thought I’d been had. The first chapter title reads: “When the Moon rose in the Third Northern Hall I went to the Ninth Vestible”, with the subheading “ENTRY FOR THE FIRST DAY OF THE FIFTH MONTH IN THE YEAR THE ALBATROSS CAME TO THE SOUTH-WESTERN HALLS”.

The first sentence goes on: “When the Moon rose in the Third Northern Hall I went to the Ninth Vestibule to witness the joining of three Tides.”

Yes, it contained an other-wordly mysteriousness, but it seemed terribly laborious, and affected.

Experience has taught me to forge ahead; the logic inevitably gets absorbed and falls into place. I was richly rewarded. It did not take long before the numbering and naming and alternative calendar references began to make sense. So much so that by the end of the book our universal calendar and ways of mapping the world seemed dully prosaic in comparison to the narrator-protagonist’s uniquely subjective methodology. Besides, I needed to at least find out about those three tides.

The world Susanna Clarke takes us into is paradoxical, being both labyrinthine and straightforward, something possibly only achieved in allegory, which this is. There is the geography, which evokes both the labyrinth and the sunken lost city of Atlantis, or perhaps Venice once anthropogenically induced sea level rise is complete. And there is the psychology: a self-reliant person believing themself alone in the known world except for one other person whom they meet for an hour once a week.

Almost all external social influence is removed, there is only the physical surroundings to relate to. The endless halls and the statues they contain, the sea that sweeps through them, the clouds, the fish, and the birds. From one aspect madness inevitable. From another, it is unfettered clarity. The narrative tension arises when traces of a third person appear.

Clarke’s habitation of this scenario is remarkable. Her provision of how one might adapt to this solitary existence in an other world rings true. It is a vision of madness, of a sort, but also of relentless quest for sanity. For how else, in a situation where all else but the manifestation of one’s surrounds falls away, does one keep one’s mind from falling apart, but create one’s own entirely personal logic? And of course we, as readers subject to social orders, are able to create hypotheses that Piranesi cannot, even while treading with him through his world.

Beguiling, intriguing, and ultimately haunting it is. Piranesi, although fantasy within a world built by its author, which stands comfortably among that written by greats such as Ursula Le Guin and Jeanette Winterson, is unusual in that it does not reflect so much the flaws of the outer world or political systems, but draws on Greek mythology to explore the inner world, the psyche. The Minotaur may take many forms.