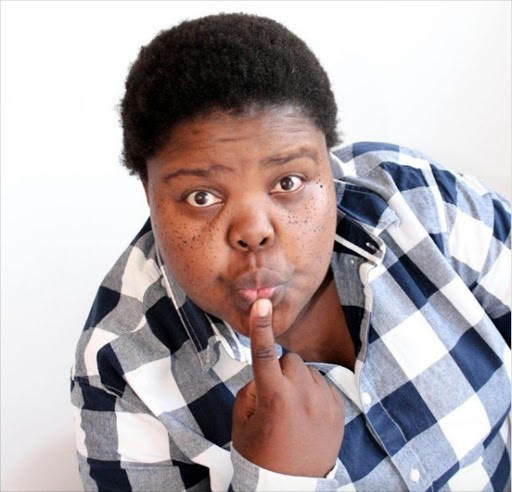 Urbanites are mesmerised by their own image. For many reasons, they either have no idea about life on the plains of Sada, or they want to forget.
It’s Messed Up.
But here cones Khanyisa, from inside out, cracking jokes about rural life, but making sure we know its story.
The techies are tapping in with loud, hearty guffaws.
The rural teacher, barely literate herself thanks to racist, classist colonialism for hundreds of years, 46 years of racist classist apartheid, and 27 years of elitist classist ANC rule, is not about to be shown  up by her bright little questioning clevas. They get segregated to the corner of her eye and those handies in the air are never going to be acknowledged by teacher!
Until she turns on them! “What is the future tense of milk!” she spits out.
“Cheese!”
Urbanites will laugh. Everyone will laugh. But only the rural will laugh with deep understanding.
Khanyisa is a living, breathing portal into a rural reality poorly understood by city people.
But we are all involved. We are all connected. Across the divide.
Would her show be bringing the house down if it was in Mlungisi, or Whittlesea, her home settlement?
Instead, she soldiers on in this echoing digital cave.
The jokes are a lament too, I fear, and possibly her life story laid bare.
Her journey to this point must have been gruesome, a psychological nightmare until she burst onto this stage, her story compressed and selected.
Please don’t be fooled by her shy, slightly disjointed delivery style. It is both true to origin and a prop.
This is sharp, shit-hot social commentary.
She is messing with us so royally, rubbing our snooty faces in the raw earth and dung of lives lived by SA’s rural majority.
Isn’t that great, cheesboy?