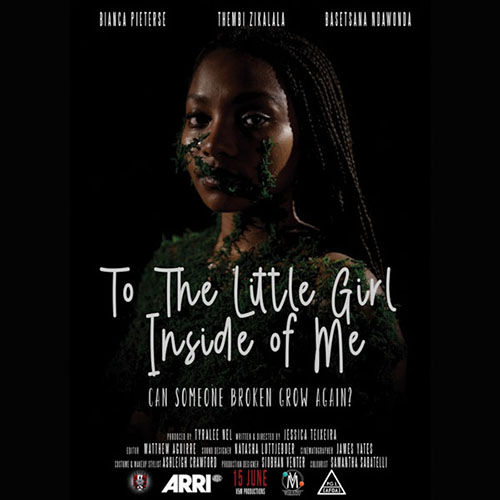 Lily tries to mend the broken pieces of a home disturbed by tectonic emotional shifts as her two mothers drift apart on the grounds of labour; one economic, one social.

This same-sex inter-racial union in which Lily has been raised sees one mother ‘more experienced in the corporate world’, while the other manages a struggling creative enterprise while practically raising Lily single-handedly. The battles and misunderstandings portrayed in To The Little Girl Inside of Me test the union to breaking point, destabilising the home structure these women have built together.

The sometimes seemingly unbearable lack of agency as a child is conveyed by Lily’s silence as her parents’ arguments rage around the kitchen table, and the dissolution of the relationship over time is depicted in the family album, or rather, what is not shown in the family album; the early images of love founded on a unity celebrating difference fade away, replaced by the resentment hardened by lack of resolution and time.

Student film maker Jessica Teixeira also uses the shattering of crockery and pottery in the home decorated with Lillian’s artwork, to illustrate the cracking foundations of the home. But throughout the emotional trauma, Lily reaches through memories of more peaceful days between her moms, to the lullaby they gave to her childhood self, where there was hope in the lyrics: “don’t cry little girl for soon you’ll be grown”.

Adult Lily, on the verge of going to university, needs something to soothe the pain of the disunity, and the comfort shifts to “don’t cry little girl, for I’m here with you”. This is a song for the youth born out of hope, coping with the appearance of poorly-managed hidden difference.

However, in this ten-minute film, Lily discovers a way to mend her home’s broken pottery.

To The Little Girl Inside of Me is a student film by Jessica Teixeira from AFDA and shows as part of the 2020 vFringe line-up. View it here.

One thought on “The Little Girl Inside of Me: Domestic fault lines”