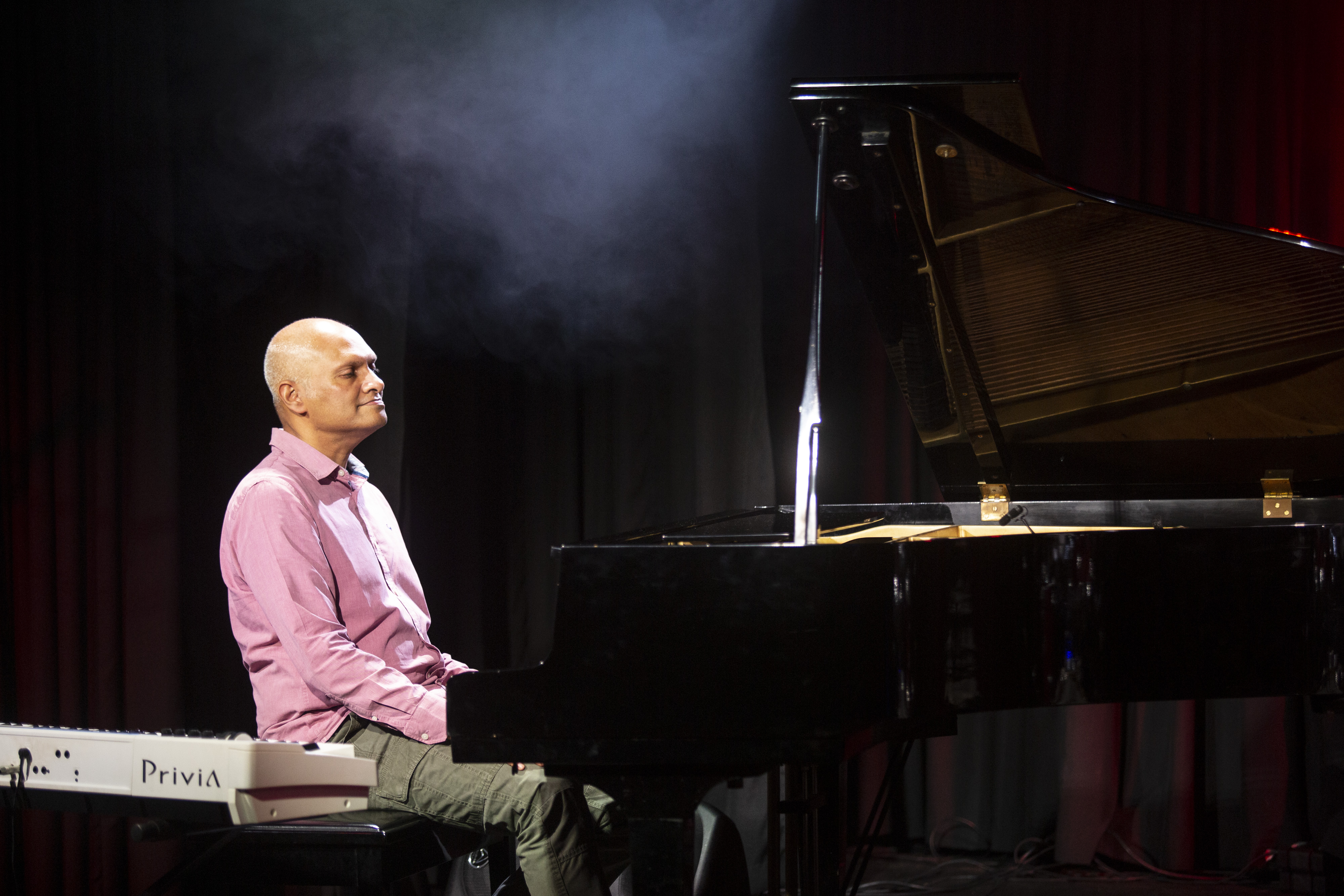 The Neil Gonsalves Trio has turned out to be one of the unremarked, though more refined performances on the virtual Standard Bank Jazz Festival bill. There’s an air of high musicianship and a demand for near connoisseur level listening to the show. In jazz, the trio is where we look for virtuosity unmitigated by frills that often gather around larger ensembles. The trio as a form tests both the musicians’ ability to listen to each other, and their own imagination. This is a test that pianist Gonsalves and his partners in craft, drummer Riley Giandhari and bassist Talent Mzukulu Mbatha. meet and pass with refreshing vitality.

The trio here presents music from Gonsalves’s recently released album, Blessings and Blues. The tunes are rendered with a welcome acoustic warmth lost in the recorded versions’ use of electronic embellishments.

For instance, the iteration of Let’s Do It Again is charged with energy befitting a live stage such as this. There are echoes of an early crop of pianists like Molelekwa, whose Mountain Shade echoed here, even if unintended. Then there’s A Dollar For Your Thought, a ghoema giving a nod to the great Abdullah Ibrahim’s loftier musical vision. These are some of the elements by which Gonsalves and the band locate themselves within the larger tradition.

There’s a visible sense that they’ve set out to play with abandon and joy, which is not to say to play without intellectual rigour. Gonsalves’ music is underpinned by considered focus and clarity. Going into this gig, where there was to be no audiences in attendance, the band which is made up of academics was in danger of playing as though at a school recital. Safe, adequate but with no feeling and risk. Far from it. These guys delivered a masterful innings.

In an unannounced way, the gig is also a nod for drummer Riley Giandhari, who has long been counted among the younger crop of jazz musicians on our national scene. Perhaps the dexterity with which he plays will finally see him gain due consideration. Mbatha too should see a fuller diary with calls for collaboration. The empathy and smarts with which he carries the band is a joy to behold.

The great heritage of human virtuosity in life and in jazz has been defined by everyday people making incredible achievements look easy. Such is the spirit of this band, unassuming and radiant. Long may they groove.

Watch them at the National Arts Festival here.