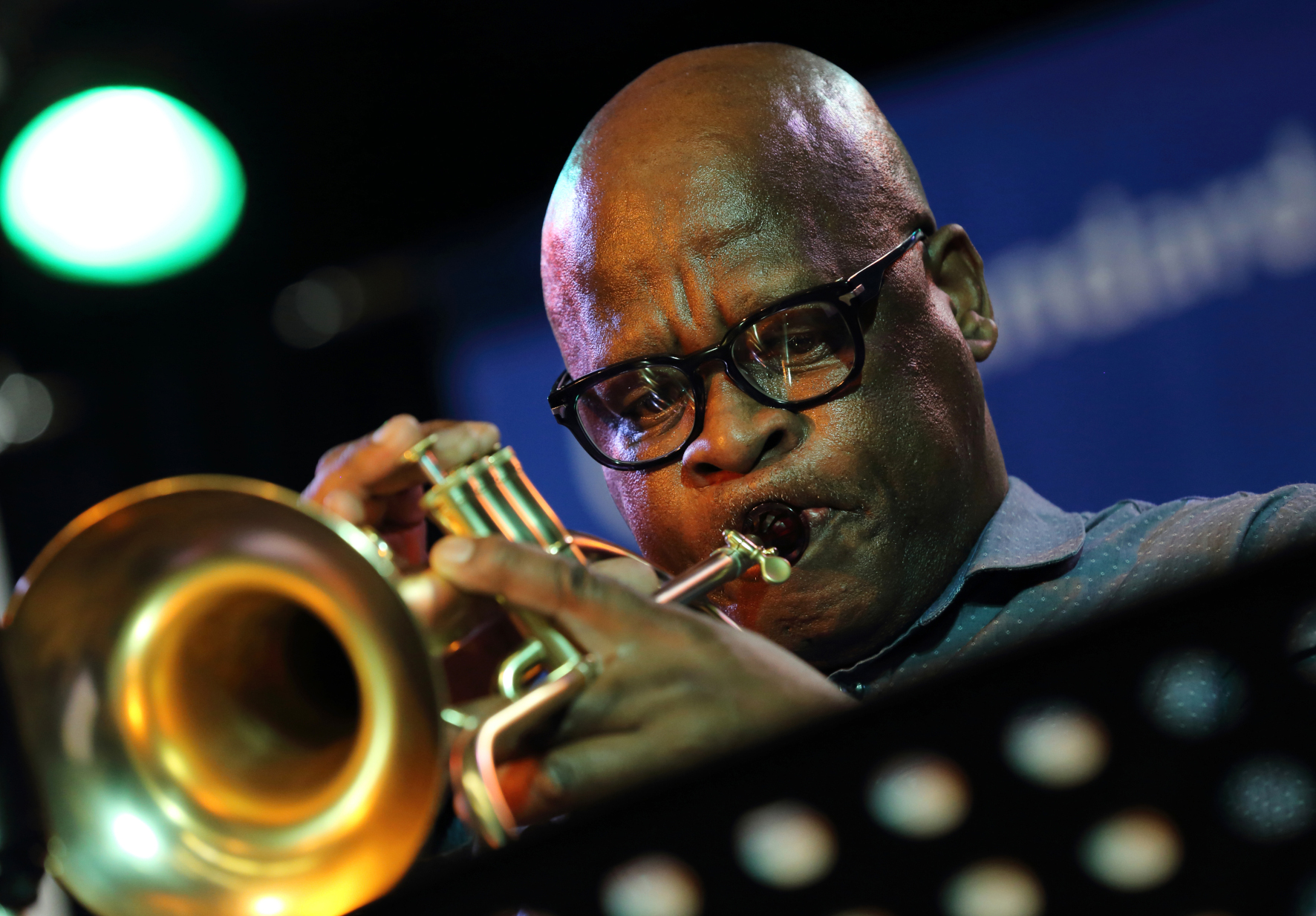 There is an unassuming radiance issuing from the way trumpeter Feya Faku fields a performance every time he ascends the bandstand. It’s akin to what I imagined poet Seihlamo Motsapi was describing in a vintage phrase about a blushing angle. This is a vibe audiences should get when drinking in Faku and his internationalist ensemble at the Online Standard Bank Jazz Festival.

The globally-minded sextet comprises some of his favourite Swiss collaborators and our very own Keenan Ahrends on guitar. Ahrends swings with sentience, imagination and studied sharpness. It is clear he is central to how the story of the jazz guitar’s future will be shaped in our part of the world. Whether improvising with rhythmic emphasis or moving along in a melodic mood, Ahrends always sounds in charge of his process. Refreshing!

Pianist Jean-Paul Brodbeck has a touch of an impressionist painter. He seems to know just which note to accent in order to achieve the maximum effect of necessary colour. This is in part because Ahrends’ guitar is there to share in the load normally monopolized by the keys. His hammered strings are warm where the plucked ones verge on metallic; and spare where the band is flush.

On drums, Dominic Egli, with whom Faku has recorded various albums, cracks, bumps and flutters with measured verve. He is steady as bassist Fabian Gisler is reliable. It is true that the best bassists always carry the band. However, here, Gisler has the pleasure to play, simply play and drive the music to as well a place as it can be. In fact, we are left yearning to have him solo more.

It’s a similar feeling witnessing reedman Domenic Landolf’s game unfold. He switches from tenor to bass clarinet and flute in appropriate turns to match Faku’s flugelhorn and trumpet alternates. It’s his gentle blowing that makes him a clarinetist we should hear more often.

Impeccable with each successive tune, Faku emerges as a giant composer and soloist. He tells us nothing except that which is needed, refusing to let us think of the music as a metaphor for something else. It is its own message. An attuned listener will sense the deliberate nature of each moment of brilliance in the performance. Let’s call it maturity in virtuosity.

Faku’s music is a tent of calm in a world seized by a propensity to riotous rigmarole; he charges on as though in a secret helm of a migrating herd headed for promising pasture beyond a season of pestilence. We are so lucky to have him play for us at this time.

Watch the Feya Faku sextet at the National Arts Festival until 31 July.