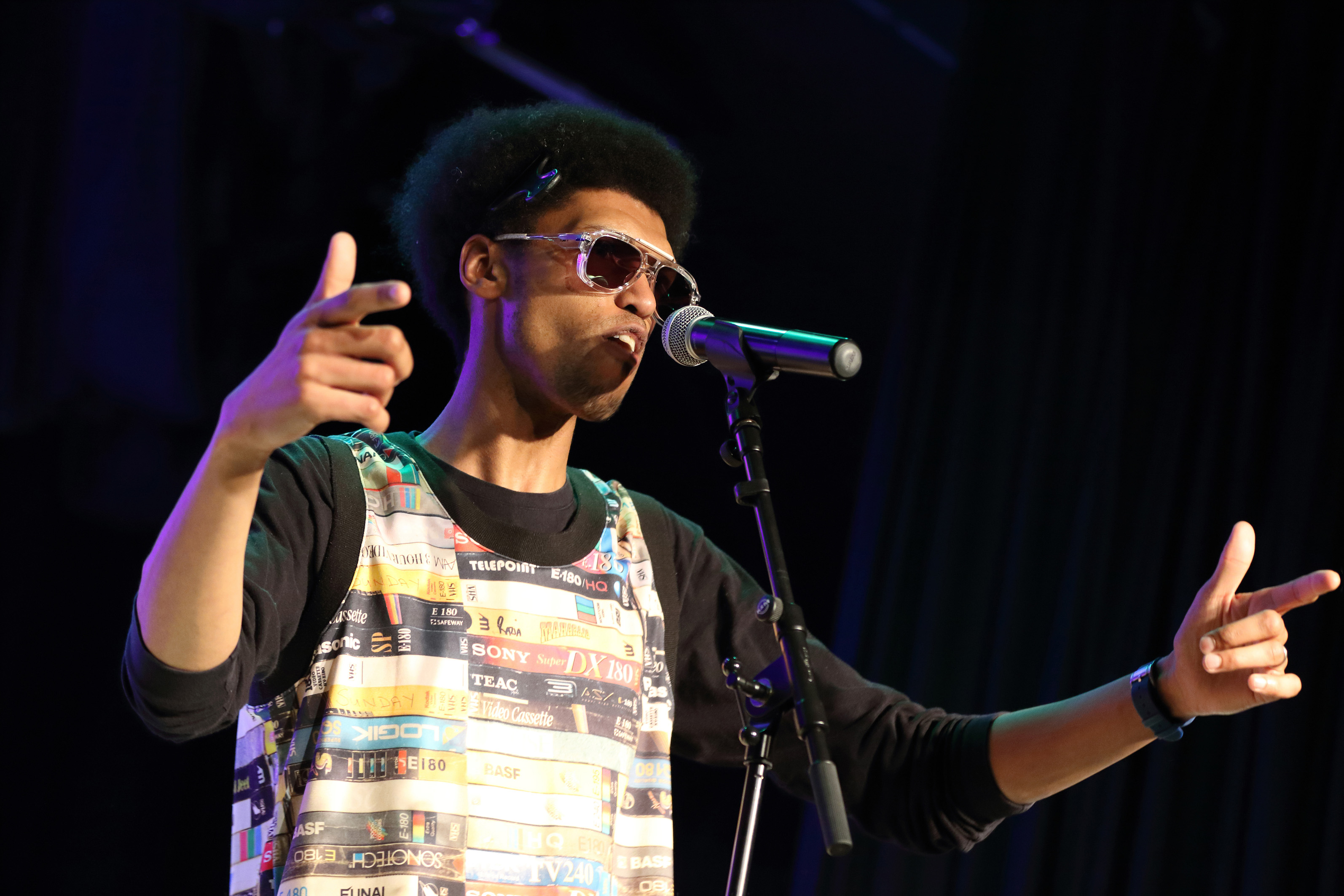 Like a character in a Tom Waits song, the National Arts Festival once more sticks its fingers in the ground, heaves and turns the world around.

Amidst the ruin and desolation, the fire, opportunistic ineptitude and state-funded funerals the Covid pandemic has wrought on entire communities of artists, the festival defends the hill of creative endeavour with tooth and claw, grit and innovation, determined to hoist that rag.

It has done so under heavy fire. Maintaining the stage has never been an easy task, made harder each year as the infrastructure festival needs to function has crumbled under the malevolent misgovernance of the Makana municipality, leaving residents and the National Arts Festival to not only construct the stage supporting the largest multi-arts festival on the continent, but the stage upon which the stage is built: the framework of water and power and bricks and mortar. In this environment, made multitudinary more complex by Covid, the festival’s continued existence is a momentous achievement.

How unfortunate that what is most wonderful about our humanityt; the development and celebration of empathetic communication and response, has to work so hard to exist.

Yet art does, continues to, and as long as there is humanity, will not cease to exist. It is what the National Arts Festival supports, celebrates and protects as much as it can. Which is why we will be going to Makhanda. The city, through the festival, has spread its roots throughout this country and beyond its borders, it has provided so much creative energy, there’s no question of not returning the love at a 1.5-metre distance.

Makhanda once known as Grahamstown is like the navel of South African performing arts, the bellybutton. If you’re a bit fuzzy around the edges – i.e not a sharp-edged fascist or suited sociopath – you’re likely to end up there at some point. We just can’t help gravitating to the birth of self-consciousness.

What holds this year? Hellll! It’s a unique one, that’s for sure. Less on the programme, small audiences only, masks up, hold back from the touchie-feely haven’t-seen-you-in-two-years greetings before, and especially after, the show, or in the ticket queue, or the coffee line. Definitely no three-feet deep at the bar hail-well-mets. It’s going to be different, so many variables, but for sure there will be magic in the cracks. The only way to tap it is to dive in, whether by going to Makhanda, watching the gigs coming to you if you lucky to be in Cape Town, Durbs, Gqeberha, or especially Jozi, or just logging in to experience the online work from your couch.

As of writing on the day the festival kind of begins in Cape Town, far from its home in the Eastern Cape as the Standard Bank Presents section of the triumvirate programme switches on the lights, we the public do not yet have view of the full programme. It’s kind of being developed as we go. The multiple spinning wheels Covid creates does that.

However, the Standard Bank Presents programme is fully populated, yes. This is the bit where for the first time the sponsoring bank presents aspects of the Jazz Festival, along with a small selection of Fringe performances in four cities from 17 June to 4 July. It’s like a touring taster of what’s going get going down in Makhanda from 8 to 18 July, with a focus on the jazz. Joburg gets the lion’s share of this one, with 15 shows staged at the Market Theatre, AFDA Red Roof Theatre, and Wits University Main Theatre.

Cape Town, by contrast, gets seven shows, Durban and Gqeberha get three, but anyone living in GB has no excuse for missing at trip past the game reserves to Makhanda: Live!

Here a map to guide you through the crazy paving of the coming week:

Actually, for Durbanites, this week is easy: just go to all three shows being staged at the Seabrooke Theatre as part of Standard Bank Presents.

That means you’ll get to watch the Melvin Peters Trio this Saturday the 19th, and the Neil Gonsalves Trio on Sunday the 20th, as well as the seven-piece isicathamiya acapella group Afrika Mamas. You don’t often get this much jazz in Durban over one weekend, do you?

Capetonians have more to choose from, as usual (sorry Durbs, on the plus side you’re probably still able to wear shorts).

It fell to Jungle Theatre’s The Magic Shell to mark the start of festival at 10am in Gallery44 on Long Street. More of a whimper than a bang, and no fault to the theatremakers, Standard Bank didn’t seem to put much thought into how to razzle dazzle this one. The Magic Shell being a family show, parents should have been lining up outside gesturing vigorously from an acceptable social distance in a bid to secure tickets and plant the seeds of creative imagination within the next generation.

The razzmatazz seems reserved for the weekend, with three great jazz shows.

The Jitsvinger Trio goois the taal into new musical forms on Saturday the 19th at 5pm.

Trombonist Siya Charles leads a sextet at midday on Sunday. Siya is a young musician with all the chops and you want to be there so in a decade’s time you can be one of those people sagely nodding outside one of her scintillating concerts going ‘yeah, I first saw her playing that ‘bone on Long Street’.

On the theatre side, Sophie Joans and Maggie Gericke have cobbled The Flower Hunters together out of tape, menstrual blood, googly eyes and experimental texts. They’ve got us hooked. It’s on Tuesday.

A new original play by Qondiswa James, whose work has impressed us, premiers on Friday and Saturday next week (25 and 26 June). Here James still touches the rich vein of her boarding school years, but seems to use them to flesh out an adaptation of Credo Mutwa’s The Coming of the Strange Ones to cast a critical eye on history in Ndinxaniwe

The Joburg programme gets going on the 26th June, and Gqeberha has to wait until 3rd July. we’ll give you a run down on that next week.

Get your berets and fascinators on, the show has begun.

One thought on “NAF gig guide Pt1: Hoist that flag”