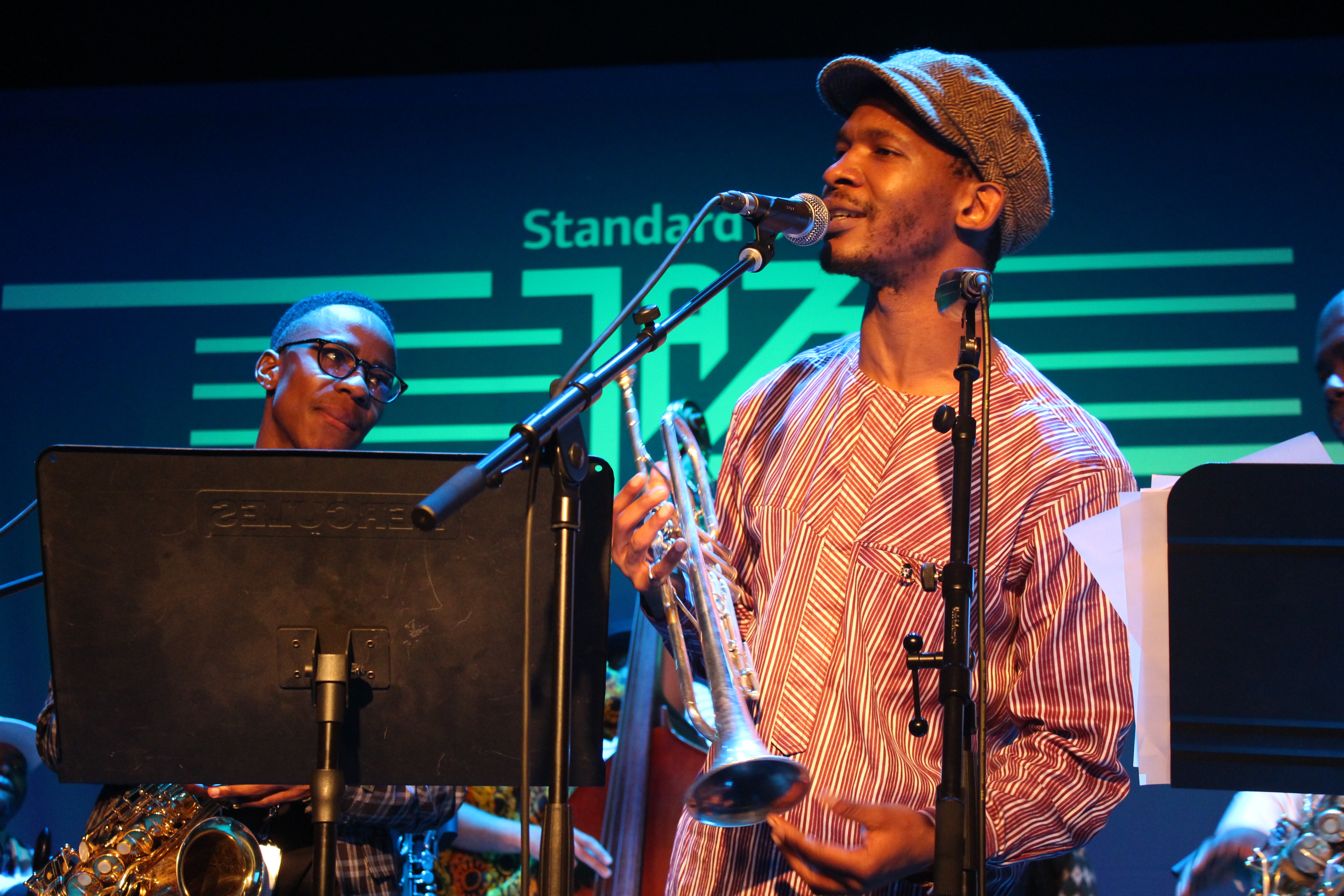 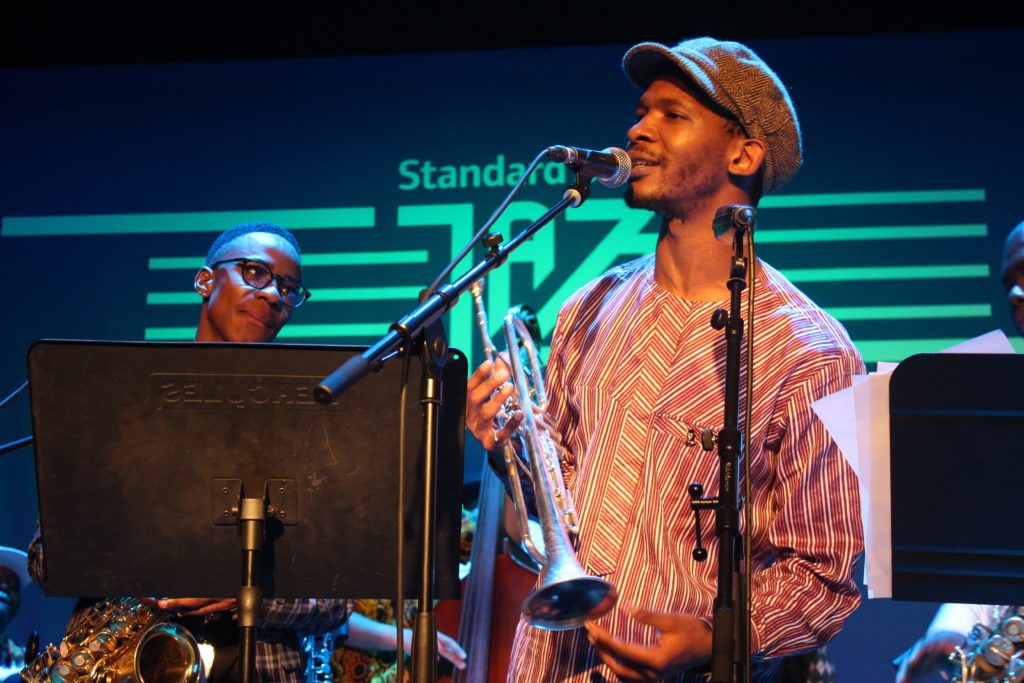 Mandla Mlangeni’s trumpet blows the sounds of blackness as beautiful young and established jazz players lit a fire in the austere DSG hall.

With the opening track dedicated to those without a home, the aptly titled Homeless blew me away; I didn’t expect such a young man to play such distilled — awaiting to be timeless — music. We were swept away in the embracing tides.

I watched Mlangeni’s keeping the beat inside his Le Coq Sportif sneakers. I could see and feel the music moving up from the ground and through the belly and out the horns. The deep bassfrom Ariel Zamonsky warped my spine — in and out — until my entire body shriveled and found itself again in the music.

I notice the red and white beads around percussionist Gontse Makhene’s neck, and instinctively knew why my white beads move to the drum of his spirit in the manner they do. The ancestors talk throughout the beating and shaking of percussion as a restless creative child.

I am convinced that somewhere inside the saxophones of Nhlanhla Mahlangu and Simon Manana is a sanctuary which keeps jazz young, fit and very much alive.

The golden keys phenomenally played by Andile Yenana brought echoes of Aretha Franklin, Stevie Wonder, Marvin Gaye and Nina Simone – the sounds I grew up to.  The multifaceted skill of Salim Washington on the saxophone and the clarinet was a celebration of being young, gifted, and black.

I would love to know the secret of veteran drummer Louis Moholo-Moholo’s extraordinary energy and liveliness, and there was no escaping Siphiwe Shiburu’s up-tempo rushing though your veins. Amandla Freedom Ensemble was a celebration of being black and the consciousness of the soul. Camagu!

A tribute to Zim Ngqawana was one of the highlights of the night. The sounds of New Brighton as bright as the three sisters lighting up the endless galaxy of rising and risen stars.

Mandla Mlangeni is this year’s Standard Bank Young Artist for jazz, get your hands on the album, it’ll be in the canon.