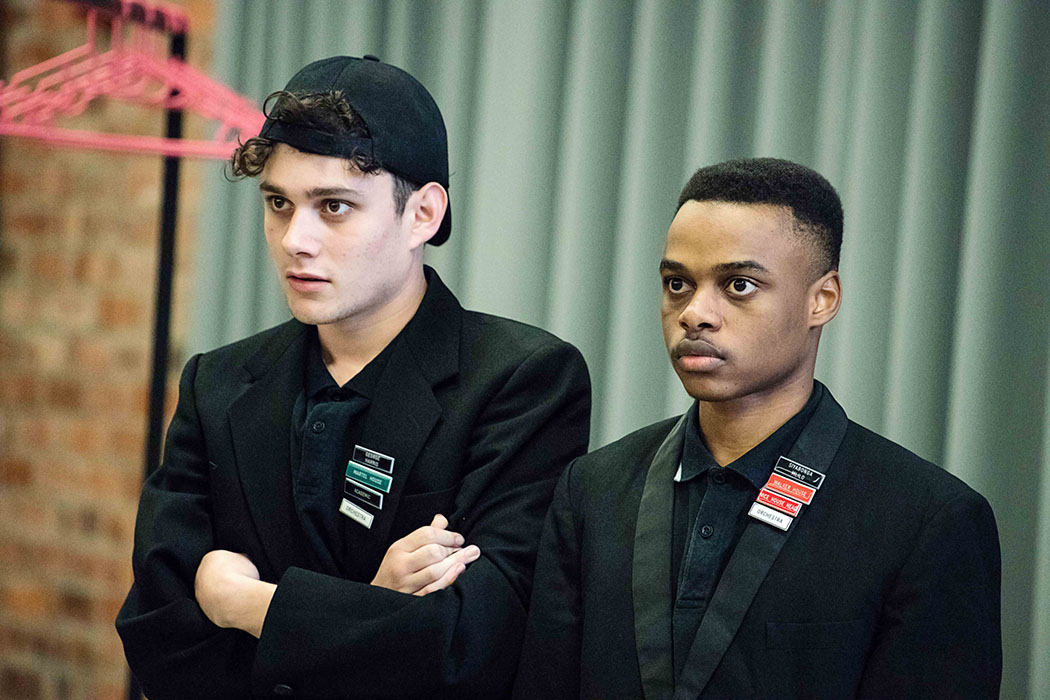 While boys’ schools promise to instil pride and passion and integrity and tradition, along with independent thought, a light has been shone on numerous incidents within the closeted classrooms, playing fields and dormitories that reveal there is not always so much to be proud about.

Undoubtedly some of these schools provide their monies worth but sexism, racism, homophobia, and abuse of power has been shown to occur. That many men in their 30s and 40s who endured a high school education at some of the most hallowed private boys schools have horror stories to tell, reveals that the learning of toxic rather than beneficent aspects of masculinity has been ongoing for decades. Of course those who were athletic and top of the social pile may scoff, choosing to believe it was all just in sport and boys will be boys.

It is the toxic atmosphere of boys schools that the play Sainthood addresses.

Unfortunately the issue is undermined by the disjointedness of the play. Sainthood crams too many stories onto the stage. There’s racism, homosexuality, the pressure of athletic performance, and the complex female on male sexual predation with the attendant denial that a young man could effectively be raped by a young woman. The co-habitation of physical theatre and story-telling add a further stylistic confusion. The result is a continual jolting (visually and conceptually) between one thread and the next, providing almost no space for us to engage with the characters and their emotional trajectory, despite the charisma and talent of the young cast.

The best part of the play was when George (Adam Lennox) and Will (Cullum McCormack) just sit and talk together, providing a glimpse of the pain behind the facade the institution forces them to construct. A brief period of vulnerability as George attempts to offer Will solace before we’re thrown into some new construction clumsily constructed upon what has just been gently revealed.

Amidst the ‘you-can’t-make-this-shit-up’ revelations of what has been going on at certain schools, there are also elements of this play in which shit does seem to be made up, and do not ring true. Jocks simply accepting their classmate’s homosexuality? We wish. There was also no interrogation of how toxicity creeps into the classroom. Is it societal pressures? Parents? Sadistic teachers? An outmoded and broken system of education?

In the programme notes, writer and director Tiisetso Mashifane wa Noni states she attempts to make provocative work. It seems that in this attempt she’s thrown all she can into one play when it could be better served by teasing out any one of the several stories forced together and taking us on a journey – employing one theatrical style – that reveals how bad things can happen in closed environments.

Sainthood won the 2018 Standard Bank Ovation Award, and was nominated for the 2018 Fleur du Cap Best Ensemble Award. It plays at the The Baxter Golden Arrow Studio until 27 February.