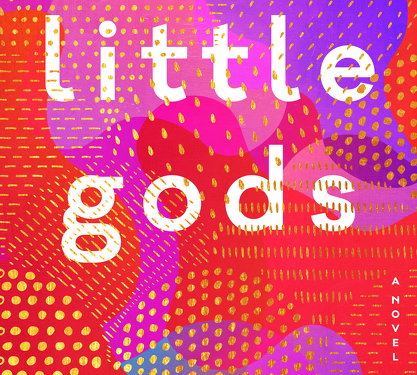 Blessed are those who have an uncomplicated relationship with their mother, for of all human relationships, it must be the one with the most potential for complexity.

We owe her our life, yet it is our mother who has the most influence on the way we navigate the world we entered from her womb. As a result, the mother is, alongside God (and the devil), the most powerful symbol in our mythology. God may have created the universe, but mother created us, individually. And this is where the complexity arises, for our individual mother is not God, or even a god, but all too human, herself born of a mother. She has her own foibles and failings which inevitably and inexorably warp our way of being.

To be clear, Meng Jin’s novel, little gods is not about motherhood. If it is about anything in particular, it could be about the search for self realisation, part of which, arguably, is coming to accept one’s parents as human, and to love the mortal person (provided they are worth loving, which generally they are) and not to remain disappointed by her failure to embody the immortal symbol she inhabited when we were children. Little gods does raise the spectre of what this entails for those of us orphaned before this realisation is able to begin. There are other questions, but given aforesaid mother issues, this one stands out.

The journey undertaken by Liya after her mother’s death is fraught with the discovery of hidden parts of interwoven lives, along with gaps of knowledge that death seals off. Unless one is willing and able to live with ambiguity, this may not end well.

The grace of Jin’s prose is its lack of sentimentality, as she places the particulars of Liya’s search to understand who her mother was, and by extension who she is, within the sweep of external forces.

Liya was born on the day of the Tiananmen Square massacre, just streets away from where the Chinese government mowed down its own citizens. It was also the day her father disappeared.

This casts a contextual shadow across events, even contemporary students playing a game of chess in Beijing. Seemingly untroubled by history, it nonetheless shades everyone’s experience, not dissimilar to the way apartheid haunts South Africa’s born-frees, even if the ghosts remains unseen.

However, to say this is Liya’s story alone is to do Jin’s storytelling a disservice. The real protagonist is the one most absent – Liya’s mother, Su Lan. Liya’s struggle to understand her mirrors our own. In the same way Liya is assisted by letters, photographs, mementos and one or two of her mother’s old friends, we are assisted by having characters narrate Su Lan’s presence in their lives. This results in us being privy to more information than Liya has. Or so we think. We didn’t live with Su Lan for our entire childhood.

We also seek to better understand the enigma of Su Lan, and so we are inadvertently in competition with Liya to open the door behind which Su Lan’s complexity is fully revealed and explained, which is about as possible as knowing who your mother was before you came along. This in itself is a captivating concept which, wrapped in writing clear as a mountain lake that belies its own depth, makes Little gods wonderfully complex, and brilliant.

Little gods is Meng Jin’s debut novel and was published in 2020 by Pushkin Press.

The headline for this review was inspired by Gustave Courbet’s painting, The Origin of the World. Do look it up.