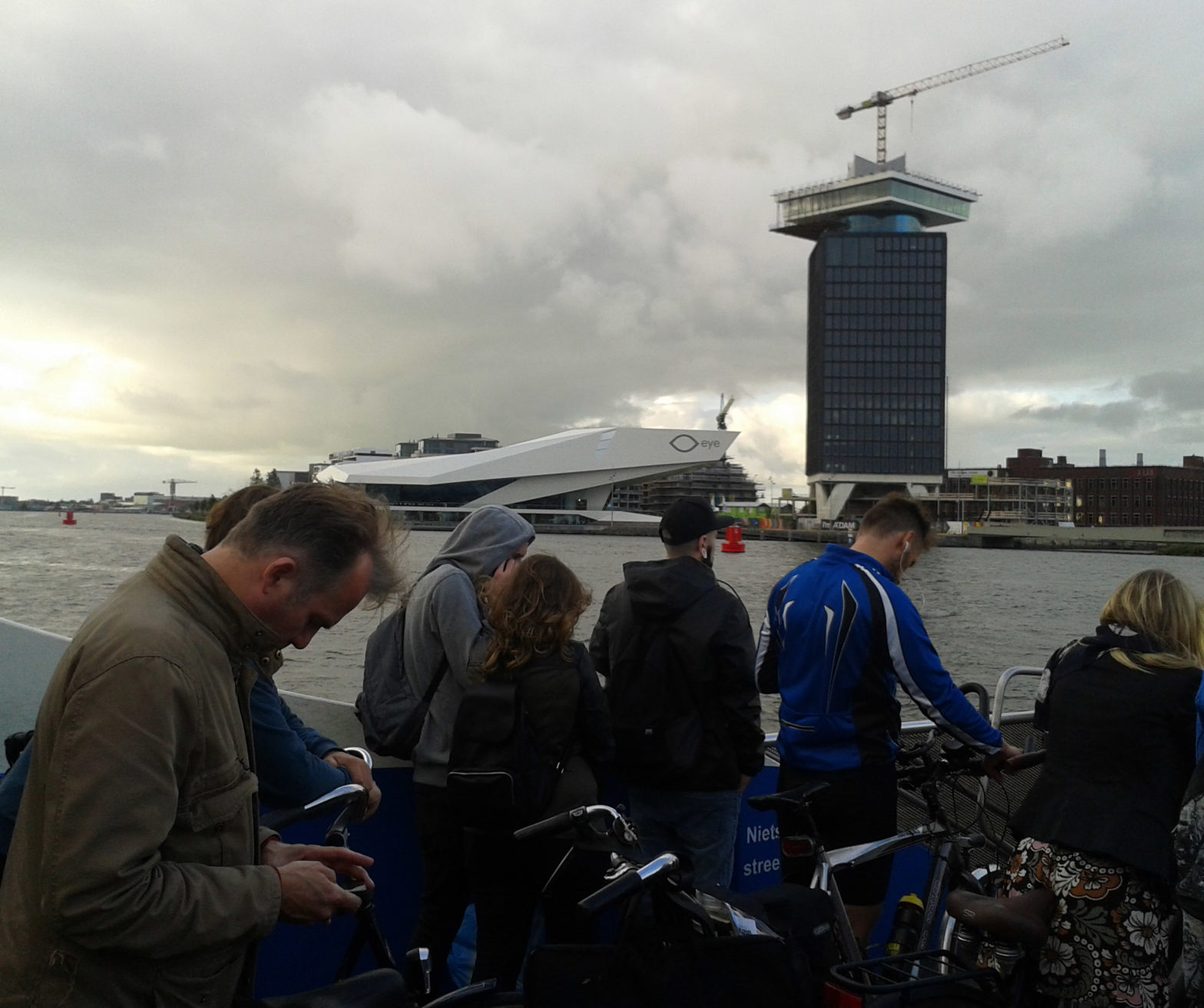 It could be an intersection on Amsterdam’s Rokin Street on a Saturday afternoon but it’s not. It’s a theatre and it’s the Futurists.

There’s no holding back. A full-throated aural assault. A factory of noise. Discordant jazz for the machine age.

The onslaught was frightening not because it resembled the pandemonium of an extreme urban commute, but because it revealed that an intellectual and artistic movement spawned over 100 years ago, which society should by now have realised is antithetical to humanity, has been largely incorporated as a mainstream philosophy which is eroding not only our awareness of the world around us but the very environment which enables our existence.

The Futurist movement of the early 20th Century celebrated the age of the machine, embracing urbanism and technological development. Its natural evolution is pretty much our current state of affairs: unfettered capitalism, technocracy and the military-industrial complex that fuels conflict to ensure its own continuation and growth.

If the proponents of Futurism, who lived in what could only have been a quieter time when activity proceeded at a more leisurely pace (less traffic, no cellphones) could forsee where the machine age would lead us, would they have paused? There are many things which we undoubtably welcome (medicine for one) but there are many more that, having at first seemed beneficial, have proved harmful in their proliferation (nuclear energy, anyone?).

Apparently there were those among them who were so enamoured with the promise of machinery that they welcomed the First World War as military spur to technological advancement and, according to theartstory.org, some went on to embrace Fascism. Artists on the far right wing. Who would’ve thought.

This exceptional concert conceived by Jerzy Bielsky combines (non) music and theatrical performance to provide an hour-long (art) history lesson laced with humour that takes Futurism from its initial manifesto to its natural conclusion, revealing just what an anti-humane philosophy Futurism was and how it continues to be a driving force.

They began with the inflammatory declarations of the kind that initially appeal to our constant desire for the new, the vanguard, the avant-garde, just as any new movement would. Because it’s an exclusive club, isn’t it? And we all want to be part of an elite, to be above the common herd even though, if we stopped to think about it, that very desire makes us a herd that is at some point bound to become common.

It sounds quite exciting at first, with its statement that “technology is an art the same way as painting, sculpture and architecture are”, and its fearless forward momentum and intention to “sing the love of danger…” Great propaganda. People will buy anything if you got the right sales pitch. “Democracy”. “Crowd”. “Machine”.  The poetry of celebrating shipyards and forges and blazing electric rooms. Forward to new horizons. Embrace noise, clatter, clutter.

And where does that lead us but to dissonance, to disconnection, to dependence – not of each other – but of our new friends, our machines. Until we’re lonely hollow sacks of blood with minds capable of creating symphonies and abstract mathematical formulas that explain the physical, even the metaphysical, world around us yet we choose to fill them with canned laughter, envy and narcissism. Our most imaginative thoughts involving the best composition for a selfie or how we can acquire the latest iPhone.

This is where we have got to. This is the future. It is only going to get worse.

You think I’m talking shit? Look around you. Look at the photograph on this page. Notice that behind the people all bent over their phones is an incredible landscape filled with shifting clouds, rippling water and astounding architecture which they don’t see because they’ve got little machines stuck to the end of their arms.

Thank god there are still some fearless thinkers, such as this eight-member multi-national group who expose our common madness and in so doing provide a devastating critique of where we’ve come from, where we’re going.

You have been warned.