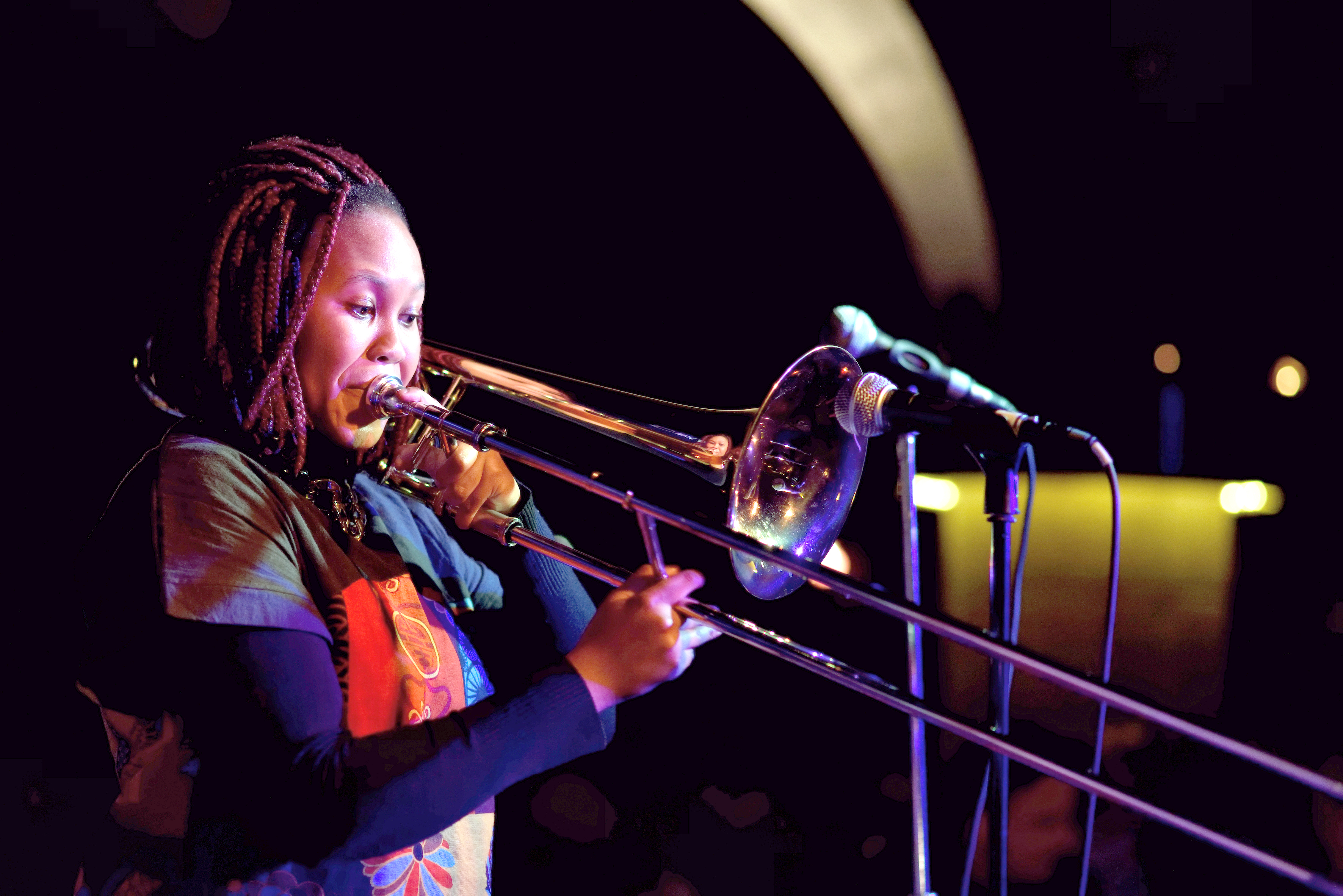 There’s a deceptive innocence that shrouds the music of young trombonist Siya Charles, who’s on the online Standard Bank jazz Festival bill. She leads a sextet with a self effacing predisposition that hides the streak of strength that sustains her campaign. However, savvy listeners will find that though it may not be apparent at first breath, Charles has chops. Apart from being an admirably gifted horn player, she must be noted for her skills as a composer and arranger too.

Charles’ band is made up of young musicians on the cusp of national recognition. Apart from pianist Blake Hellaby, they are all fairly fresh graduates who’ve been cutting their teeth in the workshop programmes of the Standard Bank National Youth Jazz Festival.

They include Zeke le Grange on the tenor saxophone, Shaw Komori on trumpet, bassist Sibusiso Matsimela and Damian Kamineth on drums.

They open their set with a lovely number she calls Ascension. The story goes that the composition wormed its way into her dream as a fraction comprising only two bars. Later on while she was washing dishes, she got the melody in a revelation she says “was a spiritual experience”.

In a display of how shared heritage is also wrapped up in personal inheritances, she presented a tune called Kwalanga. She says it is dedicated to her grandfather, Patrick Mkhumbuzi, who was a musician and the root of the jazz in her genome. The marabi rooted number is sweet, unpretentious and hearty. It packs all the hallmarks of the heritage from which it has been culled.

Charles’s arrangement of the standard, I Thought About You, composed around 1939 by Jimmy Van Heusen, marks her as a student of the tradition. It is also chosen and included in the repertoire to make that very point; or as she put it, “to honor the jazz tradition”.

There must be no doubt that we should look forward to the many years she hopefully still has ahead of her with affirmative anticipation. In this way, Charles may be encouraged to take her chances with courage and creativity. Here’s to the future!

One thought on “Siya Charles Takes Her Chance”