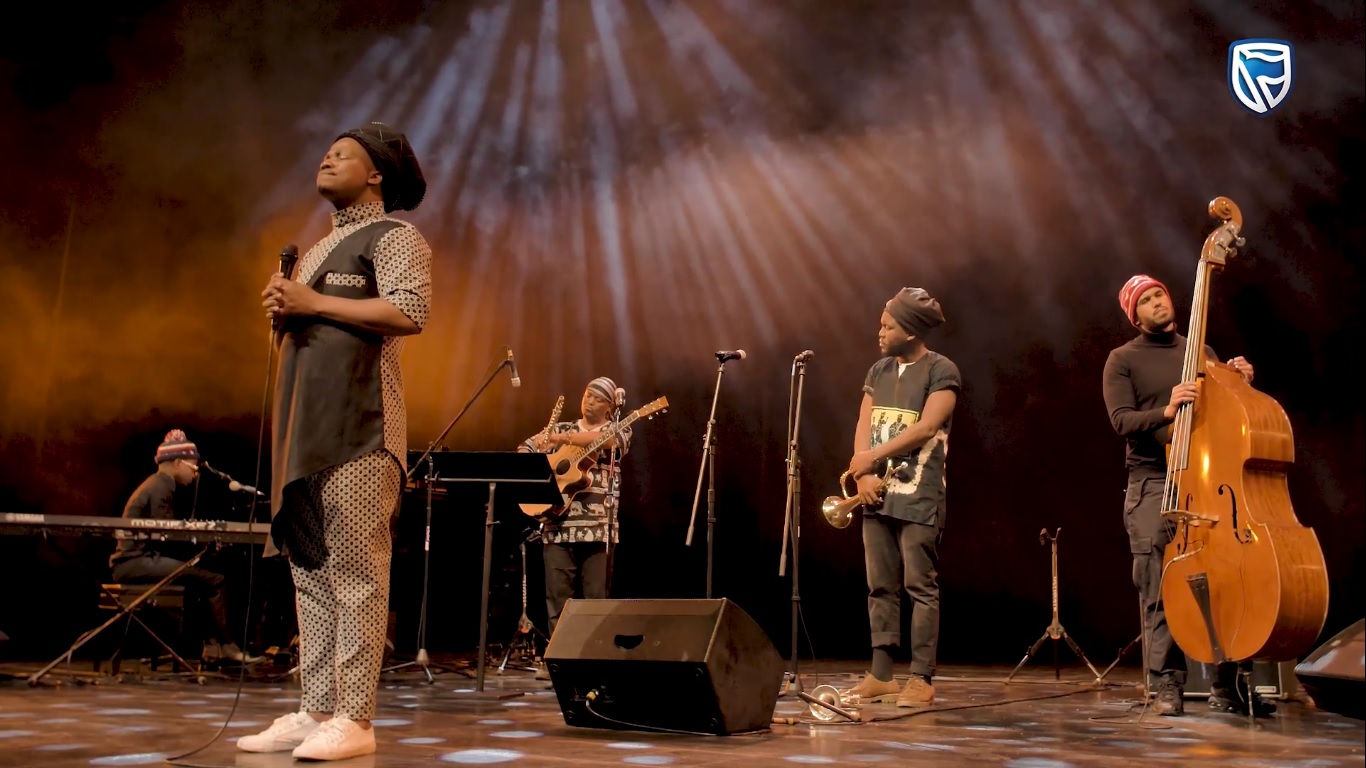 Occasionally, an artist comes along who is touched with a rare capacity to define the times for those who care enough to hear him out. This is possible in part because the artist embodies the best of our traditions and is touched by our dreams for what tomorrow can be.

Singer songwriter Dumza Maswana is possessed with this possibility. The baritone vocalist from Peddie is one of the best offerings on the Online Standard Bank Jazz Festival programme.

Maswana has given a deceptively humble title to his show: A celebration of African song! It promises little and delivers a lot. His power as a vocalist and songstylist becomes apparent as soon at the first tune lifts off. It’s a prayer, a hymn that offers thanks to the creator of all for song, breath and life. The flow of the song allows him to introduce audiences to his range as a singer; dipping down to the lower registers and soaring ebulliently to the upper reaches of his voice.

The rapport Maswana shares with his group of musicians is evident in every lilt and phrase. They are a band that is more than the sum of its parts. Trumpeter Sakhile Simani plays his horns like a man charged with the task of announcing the majesty of something sacred. As the repertoire unfolds, it becomes clear that guitarist Bongani Tulwana, who also plays flute and percussion, is a musical force too. The rhythm section is manned by Mthokozisi Mabuza on piano, Grant Allison on bass and Sakhi Nompozolo on drums.

In a light-hearted take on a heavy subject, Muswana does a nursery rhyme called Nomathemba in duet with Tulwana. It’s a story of a young girl who defies warnings from the community and falls in love with an abusive man. The string and the voice weave into each other like vine and twigs reaching for sunlight. It’s an example of his ability to takes things easy; balancing the performance’s overall ethereal appeal with more worldly themes.

As a spectacle, this is a well constructed musical showcase. Filmed in the Guy Butler Theatre in Makhanda, the production values lend the right kind of dignity to the event. The lighting, sound, and visual impact of the gig makes watching it on digital a welcomed compromise. We can concentrate of Maswana and his band and their music, bear witness to how they mellow to a golden note, all the mirth and melancholy that claws or cossets the world in turn from time to time.

Dumza Maswana appears as part of the Standard Bank Jazz Festival at the National Arts Festival. Click here to see the show.

One thought on “Dumza Maswana under promises and over delivers”