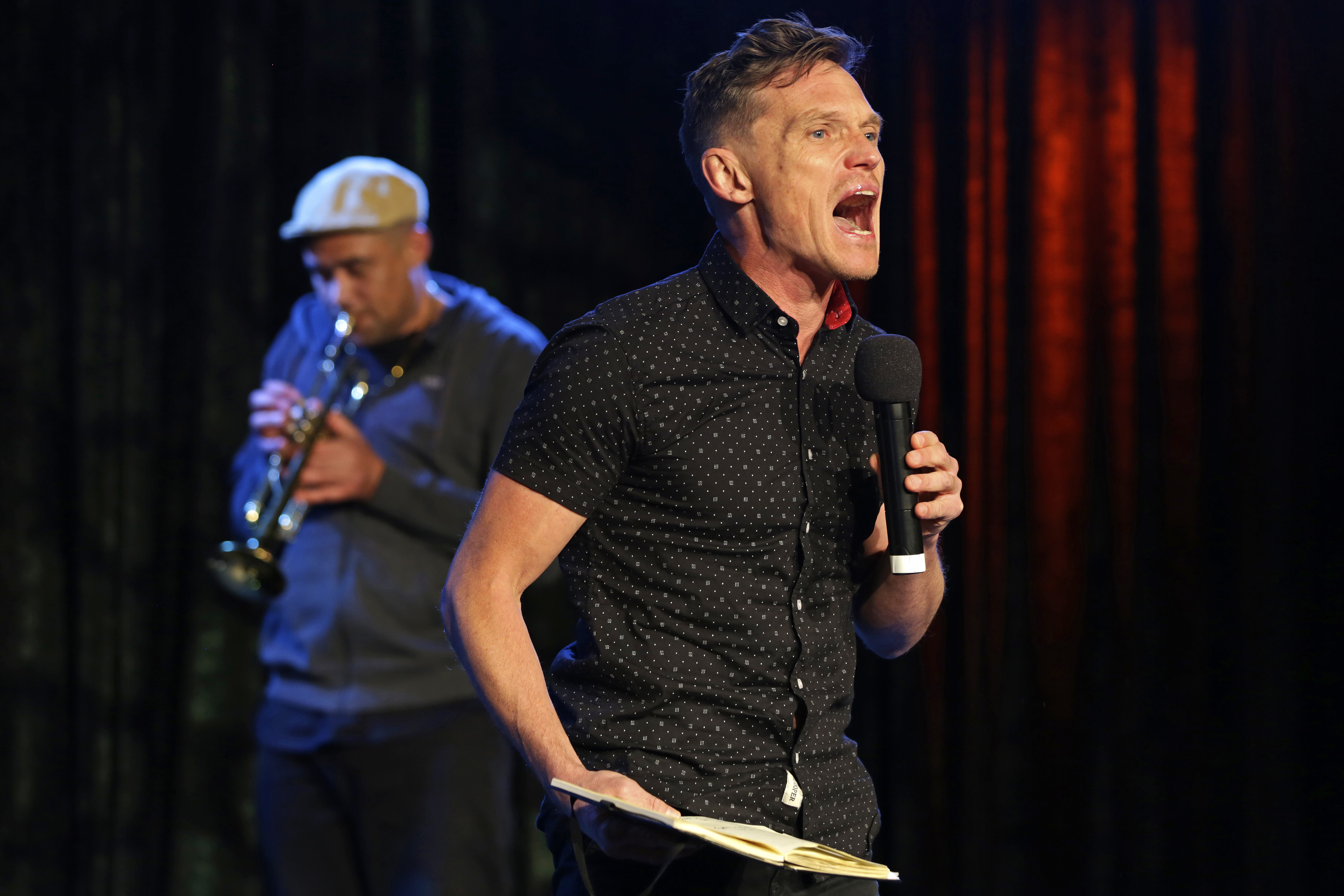 They rode through the desert in a show with no audience.
It was grim. Lonely. But they pressed on.
For the money! Rob van Vuuren quipped in a show which started as a desperate lament but eventually warmed up and made the plate of braai on my lap in a Beacon Bay, East London lounge start to jiggle, then bounce with mirth.
I admit to being a slow riser to this tragic phenomenon of the festival’s hoary old faithful crowd-puller, the big Saturday night comedy show being performed to “five technicians” in the spacious Thomas Pringle hall in the Monument building in Makhanda.
The viral plague has turned what used be a tragic and epic fail – having no one in the audience – into the norm. Corona decimation knows no bounds.
But after Rob’s achingly poignant intro, in which he sweated and strained against the empty abyss, I realised that well, this is as good as it gets.
We must adapt to the dark loneliness of our jesters playing their hearts out to the digital unknown or die a miserable Saturday night death in the impersonal wasteland of Netflix.
I chose life!
We wanted to yell out to Rob that, yes, Makhanda on a Saturday night in a valley of cold, smoky air rent with the braying of roving SPCA-bound donkeys is hell, but WE ARE OUT HERE FOR YOU!
We tried to drop you a message to show on the bottom strap line of the TV, but it fell wide of its target.
So the crew took their cue and almost shyly ran through their repertoires.
Yes, it was frikken funny, but I felt more of a gratitude to Rob, Robby Collins, Whittlesea sensation Khanyisa Bunu’, and Conrad Koch for reconnecting us, with vivid, crisp storytelling, to the wider realm of ordinary, continuing SA life.
Robby took us into the lounge of a proud but under-pressure Coloured home where the humble bowl of Niknaks becomes the cosmic expression of life and culture with its crazy-sharp wit and intelligence of kids on the hunt for the forbidden MSG-coated fruit.
Khanyisa Bunu’s rural township ditzyness is the smokescreen for a brilliantly observed Whittlesea reality. The logic squeezed from the rocky, overgrazed, shack and rural-homestead splattered Sada plain, is so familiar and yet insightful. I laughed hard at the skiving “sick note” teacher who lolls about in bed at home surfing the channels but gets traumatised by Desmond Dube relentlessly popping up and telling them it’s bad and they are about to die – without insurance!
A teacher by training, Khanyisa has delivered a scathing, yet oddly endearing story. We were being educated in vignette about real life issues in the province.
Conrad Koch and Chester Missing are national treasures and their broader commentary brought the state of the national fuckup home to us with wit, skill and elegance.
And then the torture was over. Our heroic jesters had adventured blind folded, disconnected from their loving, drunken, yobbish warm-blooded mob, but had found their spirit and brightened our lockdown, curfew night with extraordinary courage and aplomb.

There are another two The Very Big Comedy Show live stream shows at the National Arts Festival. Get your tickets and Zoom invite here.