I write this review of journalist Chris Marais’s The Journey Man from a camp chair overlooking Yellow Sands Point near East London.

A surfer is playing in a spinning, sunny right-hander, ski-boat engines rev as they punch through the surf and burble off to a day of gruesome excitement on a westerly textured sea, and two topless wintery vampires are bathed in early morning pre-Spring sun as they splosh around in th

Chris is an award-winning feature writer and former Johannesburg editor of Scope magazine.

A bit like the old erotica of Playboy, Scope changed from being a titillation fest for teenaged boys and lonely men, into a feisty investigative magazine.

Chris had a lot to do with that.

Once one had paged past the British-packaged tasselled buxom models, there were many-paged features, such as his investigation into drug abuse, in this case Wellconal.

Supposedly a Schedule 7 prescription-only pain-reliever for terminal illness, it became the hard-core drug of choice in the 70s and 80s.

His book, written with a new perspective on life from the Karoo (Cradock) home office he shares with his wife, journalist Julienne du Toit, is an enigma.

Is this the same Chris who drives around the Karoo back roads in a dusty bakkie these days? 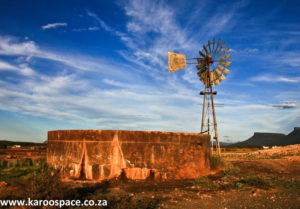 Chris has, sort-of, slowed down. The couple run http://www.karoospace, a cool little media gig dedicated to social discovery, gentle adventure, and the tranquillity of that much-loved desert.

They are punching way above their weight and have published a string of best-selling books, headlined by their loveable Karoo Keepsakes series.

They are also delving into e-publishing and whatever else grabs the busy imagination of Marais and Du Toit.

We are of the same generation of journalists. He is a year or two ahead of me and we share experiences.

But there are distinct shifts in our styles which made for slightly different experiences.

I came from an organised student movement background and later a closer alignment with the mass opposition movements , whom I wrote about in the Eastern Cape.

Chris seems to have had no such distractions. Journalism was his passion and drug. Along with a lot of alcohol and a dilly-dallying with the rest.

Do I admire his unrestrained freedom? Sure. In fact, some of the tedious reportage which unconsciously passes as journalism today could do with a bit of a gonzo-era skop in the broeks.

It can feel like we are floundering in social gunk spewed up by the dark and treacherous Zuma presidency era.

Journalists have a duty to sift through this mind-halting mud, and find and polish the stones which prism the period.

And now Chris is telling his story.

It’s a crazy read. The long form is turned into a mielie which we chow one kernel at a time.

It does not pretend to be a big, posh book. It beats its chest as an Indie publishing venture.

Pictures, another of his many passions and talents, are in hard-edged black and white, much like the appearance of the times.

Despite a sense of dread at reliving the morose past, I wanted more.

There is some personal revelation, but perhaps there could have been more. Literature demands that writers fathom the depths.

And perhaps that is a limitation of sex, drugs and rock n roll writing. We are left feeling amazed, but a little emptied out.

But that is his message, just a gesture of what-the-f***. It’s done.

We need these memoirs.

They are like a headbutt into the wave of unconsciousness sweeping over South African journalism.

The message for reporters is universal; wake up or die.

Now for a surf…