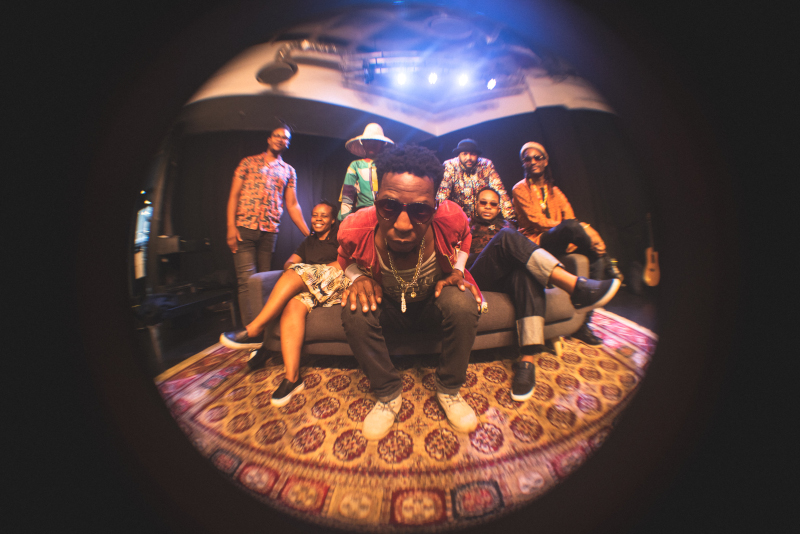 A brief list of some of the shows you should not miss. And be warned, you need to catch them early ‘cause they only run for a few days.

Two years later and fest is back. Whoohoo! Yes, fest happened online during lockdowns but you know what I mean. It’s alive again. I mean live. In real life.

You can chat to people in the queue for tickets or coffee and proclaim how great that show was that you saw and insist your new-fried-friend buy a ticket for it. Or skinner about how that one that was so hyped was actually terrible, but you heard that this other one cannot be missed, and that Andrew Buckland is performing Hamlet as a puppet – that’s crazy. You might even be able to do it without being masked, apparently Ramaphosa and cohorts are thinking about dropping the mandate.

What’s more, Makhanda is still standing. It might be full of potholes and water supply is intermittent but there’s a plethora of really good café’s serving coffee better than you can get in Cape Town, and bakers making sourdough bread and stores with free range eggs and kudu pies and, and, and.

But before you get to that ticket queue, you want to have some idea of what you want to book, and what with there being no printed programme, and not even a way to download it and print it yourself, how’s a person to know? (NAF head honcho’s – you listening?)

Which is why we’re here; to spend copious amounts of time developing carpal syndrome clicking and back-clicking through links on the fest site and creating spreadsheets just so we can make some suggestions.

First up, before you start riding the emotional rollercoaster through dark halls where possibly life-changing reflections of human existence are enacted, steady yourself with the meditative quietude of the visual arts.

At the very start of festival, in the Monument at midday Thursday 23 June, Usha Seejarim will take you through her exhibition of the domestic objects she uses in intriguing ways to reveal layers of meaning within the everyday. Recognised and curated for numerous exhibitions abroad since her undergrad studies at what is now University of Johannesburg in the ‘90s, and a Master’s at Wits 14 years ago, Usha is on the Main. Once she’s reinterpreted your world, you can take your pick.

Whistleblowers seems a good way to start, what with the name and all. Rob Murray and Quintijn Relouw, who we last saw at the Amsterdam Fringe together with Alësha Ovsiannikov as a sublime clowning duo mourning the loss of their friend, the balloon. At the time Rob was directing Piet se Optelgoed, the dark, absurd masterpiece by Liezl de Kock (currently Tanya Visagie in 7nde Laan), also at the Amsterdam Fringe. So in what direction they have pointed five AFDA students in crafting a play about hockey, is possibly off the compass.

My Weight and Why I Carry It sounds heavy yet it’s about a bikini, that skimpiest of clothes. Directed by Ingrid Wylde, rooted in the Eastern Cape having done fantastic work providing the grounding for a number of our best actors through UBOM!, it is performed by Rhodes Master’s student Tasmin Sherman. Produced by the university, it’ll let us know where things are at.

You can check how the big guns are measuring up. In Bloke & His American Bantu writer Siphiwo Mahala and veteran actor Sello Maake Ka-Ncube team up again. This time Sello is directing. It is an ambitious play, of the friendship and exchanges between Bloke Modisane and Langston Hughes, both intellectuals on either side of the Atlantic in the ‘60s, performed by Anele Nene and Josias Dos Molele.

If you can gooi die taal, you’ll likely love Kamphoer – die verhaal van Susan Nell, featuring another one of South Africa’s most celebrated actors, Sandra Prinsloo, who does actually act. Adapted from two books, non-fiction and romance, Lara Foot, whose has directed many impressive plays, directs this story about a woman raped in a Boer war concentration camp, to much later, as a psychiatrist, have fate deliver her rapist to her as a patient. It’s now WWI and he’s suffering shell-shock. Yoh!

In need of the food of love, Naftali & The Royal Family sooth your beating heart with melodies fused from East, West, and South Africa and a voice from Mamelodi. ‘Revolutionary’ is a term applied, as is ‘rich in detail’. And it’s not pop.

In the music groove, there’s also Inkanyezi featuring Muziwakhe Mabizela, also known as Meropasoul. His YouTube clip is a groovy, sunshiny guitar driven melody that sounds like maybe what Jack Johnson would do if he was black and lived in the Eastern Cape rather than Haiwaii. Seems like it’ll lay you back.

The Market Theatre is an iconic space for innovative, groundbreaking productions, and back in the day gave the Apartheid state the middle finger. The Market Theatre Laboratory has been incubating theatre practitioners for, what, decades? Some of our finest talent has been through its doors so Johnnie Motsamai, written and directed by lab alumnus Thabang Kwebu should be on your ‘to see’ list. Sounds like a great storyline for today’s celeb-obsessed culture: Johnnie, a celeb, falls in love with Maria, a wannabe. But seems she’s a gold digger and her friend steals one of Johnnie’s scripts and passes it off as his own. This is also an ode to Ntate Sol Rachilo, the poet, playwright, and social activist while he is still alive. If only we could figure out what Johnnie’s holding in the production poster pic. Is it an aubergine? Why?

For some comedy that is not the usual stand-up (we’ll leave you to your own devices there – except we can recommend Rob van Vuuren if you need a pick-me-up), go watch Ĭle, by the wonderful Sophie Joans, who is directed by none other than Rob van Vuuren. It’s about staying to long in one place, in this case, one’s childhood home in Mauritius. Apparently, it’s hilarious, and given it’s a Sophie-Rob collaboration, we believe it may be true.

Then, go let your hair down at Spaza (Mushroom Hour), a rotating recording ensemble of hot hot jazz, Afro funk and experimental electro muso’s from Jozi, up at the Black Power Station, which is where Rhodes students used to host their own raves in the 90s, health and safety be damned. The venue is all safe now, thanks to NAF, but how no-one died or got injured back then is a miracle. ‘Shrooms at your own discretion. Go! This looks like a sure-fire jorl.

Okay, that should sort you out for a day or two, with lots of other really, really promising shows we’ve left for your own discovery.

Note, this list is not in chronological order, you going to have to figure how you organise your own day, we can’t do everything for you. Sheesh!