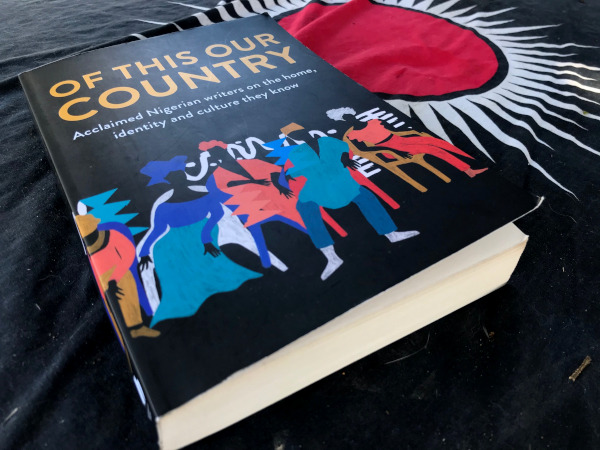 If you play a word association game with a South African, you can put good money down that four times out of five, the response to ‘Nigerian’ will be either ‘drug dealer’, ‘makwerekwere’, ‘criminal’, or some version of the above. Essentially, negative. Try it around your next braai.

This is what we regularly come up with when referring to a country of more than 200 million people – four times the population of our country – speaking more than 500 distinct languages. A country that birthed Fela Kuti, whose anger and social conscience woke the entire world up to Afropop, as well as King Sunny Adé and arguably the most soulful jazz singer of modern times, Sade Adu. A country that actually has the largest film industry in the world and was home to sophisticated kingdoms that existed almost two thousand years ago. Yet here we sit, tied in to global criminal networks exchanging poached perlemoen for tik and trading rhino horn with Chinese gang networks, voting for a political party that loots Covid-19 relief funds and accepts crates of whiskey and chicken braai packs in exchange for multi-million rand tenders, and view Nigerians as criminals. Eish!

If we want to talk about criminals, how about one Nhlanhla ‘Lux’ Mohlauhi (also Dlamini) who uses hate to galvanise mobs on looting and killing sprees under the guise of operation dudula in order to ‘clean up’ our country.

It would be interesting to know what Nigerians in Nigeria associate with the word ‘South African’. I’m guessing ‘arrogant’ and ‘xenophobic’ might emerge with some regularity. ‘Ignorant’ would also be accurate. Because we are. Arrogant, ignorant, and xenophobic. South Africans are like the Americans of Africa. We know next to nothing about the other 53 countries on our continent. Maybe a little about our immediate neighbours but there’s not many South Africans who can tell you what lies north of the Zambezi, much less identify the countries on a map.

It’s not entirely the fault of us average Joe’s and Janes. Our schools teach the American civil war and the French Revolution with not a whisper of the Nigerian civil war or the jihad against the Hausa kingdoms. Yet it’s the most populous, and arguably the richest country on our own continent.

But there is a solution: reading. The other thing Nigeria has is great writers. Chinua Achebe, Wole Soyinka, Ken Saro-Wiwa, Ben Okri, Chimamanda Ngozi Adichie, Chigozie Obioma, the name a few, the last two included in an inspired collection of essays titled Of This Our Country.

Containing 23 personal essays by contemporary Nigerian writers reflecting on their Nigeria, the collection opens a door to a vibrant, raucous, conflicted, and sometimes violent world rich with tradition and ancient wisdom grappling with the after effects of colonialism and global capitalism.

Each essay is only about 10 pages, the personal nature of the brief often giving us insight into the circumstances of the writers themselves, which paradoxically brings their part of Nigeria to more animated life. Spanning religions, regions, native languages, cultures (myriad different cultures exist in Nigeria) and generations, each writer further enriches our understanding of what should be our sister country. Read it and you’ll forego anywhere in Europe as your dream travel destination in favour of the riches offered within Africa. Moreover, you won’t be like those 4×4 tits who roar up and down the Mozambique beaches in December, but will be curious and engaged.

I’m willing to bet that having read this book you’ll come up with a host of new associations when someone mentions ‘Nigerian’. What’s more, you’ll have a better understanding of your fellow African.

Of This Our Country is edited by Ore Agbaje-Williams and Nancy Adimora. Distributed by Jonathan Ball publishers, it is available at the Book Lounge.