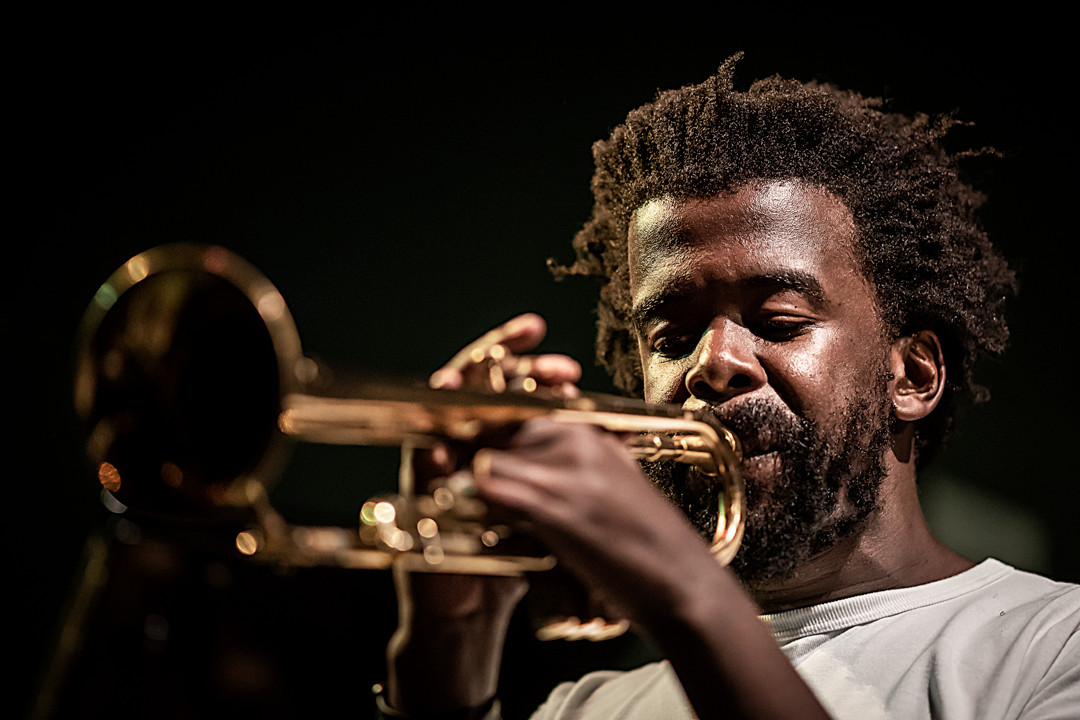 There’s an energy that animates the music of song stylist Mandisi Dyantyis, who is among the headline acts on the online Standard Bank Jazz Festival. Dyantyis has long discovered the simple yet invulnerable truth: There’s no more powerful thing than poetry, and there is nothing that’s stronger than song.

The jazz vocalist, composer and trumpeter and his band present a set of songs on the journey towards their second studio album. This touch of newness and element of revelation is central to what makes his gig enjoyable.

Although there is a tacit promise of more perfect versions of the showcased songs to follow this, and other various performative workshopping of this repertoire, there’s much worth celebrating here, There is a kind of magic in being witness to process. It is analogous to being privileged confidants to the sacred mystery of the trans-substantiation of the Eucharist.

It is part of the required creative courage in jazz for the artist to take us into his confidence like this. We love it because it humanises feats of virtuosity.

Dyantyis puts us, the listeners, artfully in the shoes of the imagined subjects of his songs. For instance, in Ndibonise’ Indlela (show me the way) he moves us to share in the exhortation and supplication. We are moved by his prayerfulness to share in the song’s act of earnest asking. We become one and sing for the people to heal and to live in Ma Baphile,(May they live, or let them heal).

There is romance too. The band does a take of Molo sisi, one of the fan favorites from his debut album, Somandla. It is delivered with deference to an audience that yearns for a taste of a familiar sweet melody to hold on to; and they are so served.

Central to the performance is the rapport that binds the ensemble together. It is clear Stephen de Souza on bass was a special ingredient to Dyantyis’s conception of this gig, providing perfect pulse to the march of the music’s melodic meander and cadence. Blake Hellaby plays piano with gorgeous prowess and studied sensitivity to Dyantyis lilts, lifts and modulations.

But, perhaps we may ask, is there a well more beautiful than that presided over by Buddy Wells, the blower? Whose tenor saxophone is ever warm and affirmative, especially when heard alongside Dyantyi’s own trumpet. Wells provides unremarked ballast to this performance. He is equaled only by the steady work of the experienced drummer, Kevin Gibson.

This life affirming shimmer of the performance should keep us poised and eager to discover what the future holds for Dyantyis and his edifying ministry.

Note the powerful secular cautionary hymn they closed with: Ngeny ‘mini bovuk ‘abantu bamanyane, bathathele amandla kubo ngoba Ziyafana Zonke, zingamaXoki Zonke (One day people will rise up and unite and take power from them because they are all the same, they are all liars.)

Watch Mandisi Dyantyis at the National Arts Festival until 31 July.