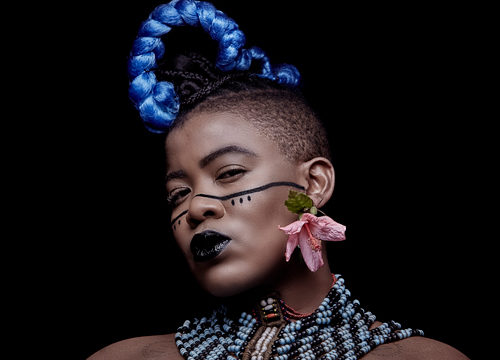 Few singer songwriters can claim the space that Thandiswa Mazwai commands in our national consciousness. She is a keeper of a sacred flame whose fires connect her to both the corporeal and ethereal in our heritage.

Mazwai’s performance at the Virtual National Arts  Festival sparkles with the best of what we’ve seen her try over the years. Think of the fun and exuberance of her youth days with Bongo Maffin; her grasp and appreciation of the historic, which is displayed by her penchant for sampling gems from the great South African songbook; then there’s the impeccable musicianship she displayed on her foray into straight ahead jazz with the record, Belede.

Now she’s moved on to build on that with a new band. Her music and commitment are ever trained on profound messaging. Mazwai performed a repertoire of tunes from her historic record, Zabalaza. This time reworked and imbued with a new energy. The song, Nizalwa Ngobani, feels as urgent as when it was first recorded. It’s message to a generation that has forgotten the ancestry that birthed it feels as relevant and pointed in an age teeming with a need for a new kind of activism.

Mazwai is strong enough to carry songs by both Miriam Makeba and Hugh Masekela respectively.  Here she takes ownership of Masekela’s anthem, Stimela as well as Makeba’s Moolouyame. She gives an honorable account of herself with both songs. Weaving and wailing phrases between her natural contralto and an infectious falsetto.

Mazwai does something more than singing with her voice when she belts out a song. This performance rises as an important record for those interested in answering the question: How has she grown from her time touring with a jazz quartet. If we thought she’d be great, she’s better than that.