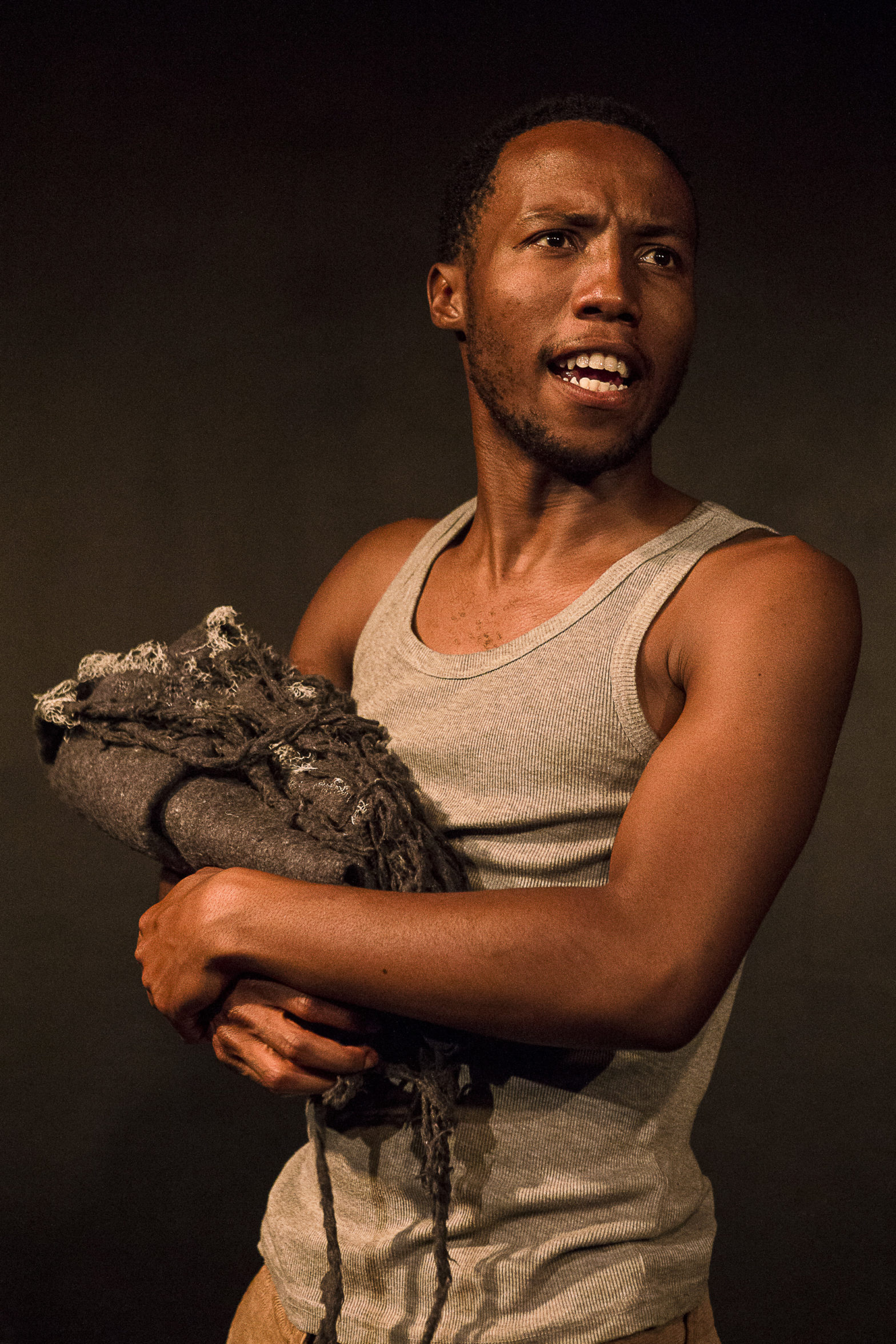 What is the impulse for your writing? Is it just something you do? When did you start – have you been writing since early on?

Billy Langa replies the impulse to write sparks from “the idea of poetry”. Pauses, says: “but before then I grew up where at home we’d wake up in the morning and share dreams with my grand dad.

Recalling dreams got “to a point we started recording them.”

Home was in Hammanskraal, and “we” were his sister, elder by two years, and his two brothers, younger by eight and nine years.

Their grandfather started drawing the dreams out of them when Billy was around 11, and Billy started trying to capture them in words when he was about 13.

“In the unrealistic way they come in, one realised there’s a world that exists here that needs to be investigated.”

In doing so, he realised “how things bend in this world”, and that writing, as part of this world, can also bend.

An interest in poetry, then, as a form to depict what is unreal but nonetheless happens.

“As a writer you set the rules. You can put down things that don’t exist and you can make it exist.”

Which makes perfect sense when you read his highly successful performance poem, Tswalo.

Nondumiso Msimanga, in the foreword to the text, calls it “an epic poem playing in the space of birth and rebirth”.

“It is epic in the tradition of the ancients, foretelling and forewarning us of the potential tragedies in our own narratives.”

He also performs it. Performs the word.

“A tattered blanket the only prop, his voice becomes the body, his body becomes a poem, conjuring suns, stars, galaxies, dancing with me you us,” said we on The Critter.

Not content to experiment with writing form, Billy interprets it through performance, and back, creating a duologue between word and body.

Who says you have to know the rules before you break them?

What if you just make it up from early on?

Billy doesn’t exactly say this, or say this exactly, but he wouldn’t. His dramaturge and collaborator, Mahlatsi Mokgonyana, can. In his note on Tswalo:

“The idea I was intending to explore and, hopefully, achieve here is that of fully using the body as a poetic tool and allowing the embodiment of the text to exist both in the body and voice, effortlessly and equally, without one overpowering the other… I was fascinated by both worlds, those of poetry and storytelling, in theatre. Looking at the two disciplines, I was really intrigued by the similarities between these two old voices and how we could shape new ways of telling stories…”

But then you watch Tswalo, and the mystical becomes manifest.

Billy, who spent the initial lockdown period in Hammanskraal before returning to Joburg, says he was talking with writer Katlego Chale “about the concept of form and deformed nature of some writing one does. That deformation is a formation”.

He was talking about the “way a particular person responds to a medium”, about “not being confined with the rules”, being “able to use them in a broken manner”.

Which begs the question: can we now, because everything is broken?

Of course whatever is created has to work.

And if it does work, then master it, the way a person in the deep Karoo can take an oil can, piece of plank and some wire, and master a new way of talking with six strings.

“We adapt things and bend them to our own benefit. They should serve us not limit us.”

He admits puritans may not be pleased.

But he is plucking dreams placing them on the page and performing them through the body. There hardly seems anything purer.

Tswalo came after Ngwedi, which was first performed at the Wits SoSolo in 2014 and ‘tells the story of a blind man who journeys through time and memory while trying to relocate his spectacles’.

Afda students then adapted it into a choral piece. “Six of them I think,” says Billy, “which was interesting to see as an interpretation.”

It was received “quite well”, but in retrospect, it was the “first phases of what Tswalo has become”.

Although Billy has been performing Tswalo since trial performances in 2016 until just before Covid lockdown, he also wrote BAPA for The Centre for the Less Good Idea Season Five last year.

Of it, Dave Mann writes: “The unique amalgamation of music, dance and theatrical performance, BAPA is as much a play as it is an hour-long existential enquiry.”

Billy writes from the body.

“(I) write from the space of performance influenced by space… It’s in the writing itself, it’s how you formulate the text.” Performance and the space in which it occurs “affects where the writing wants to go”, it is an “organic impulse”.

And it works both ways.

“Sometimes I play with the body and go back to the pages. Sometimes it’s correlative, you’re in the space at the same time you’re working on the page.”

The interconnection of body and word takes place in the writing, the imagining of how the words translate to the body.

“I’m sort of directing myself in the writing,” says Billy.

But this is theatre, so, “you come into the room with things you thought would be put on the floor (but) collaboration of actors, writers, directors, each has their view on what the other has to say”.

“One has ideas that go the other way and you end up saying ‘hey that’s even better than what I wanted’.’’

One thought on “Playwright profile: Billy Langa the dream writer”