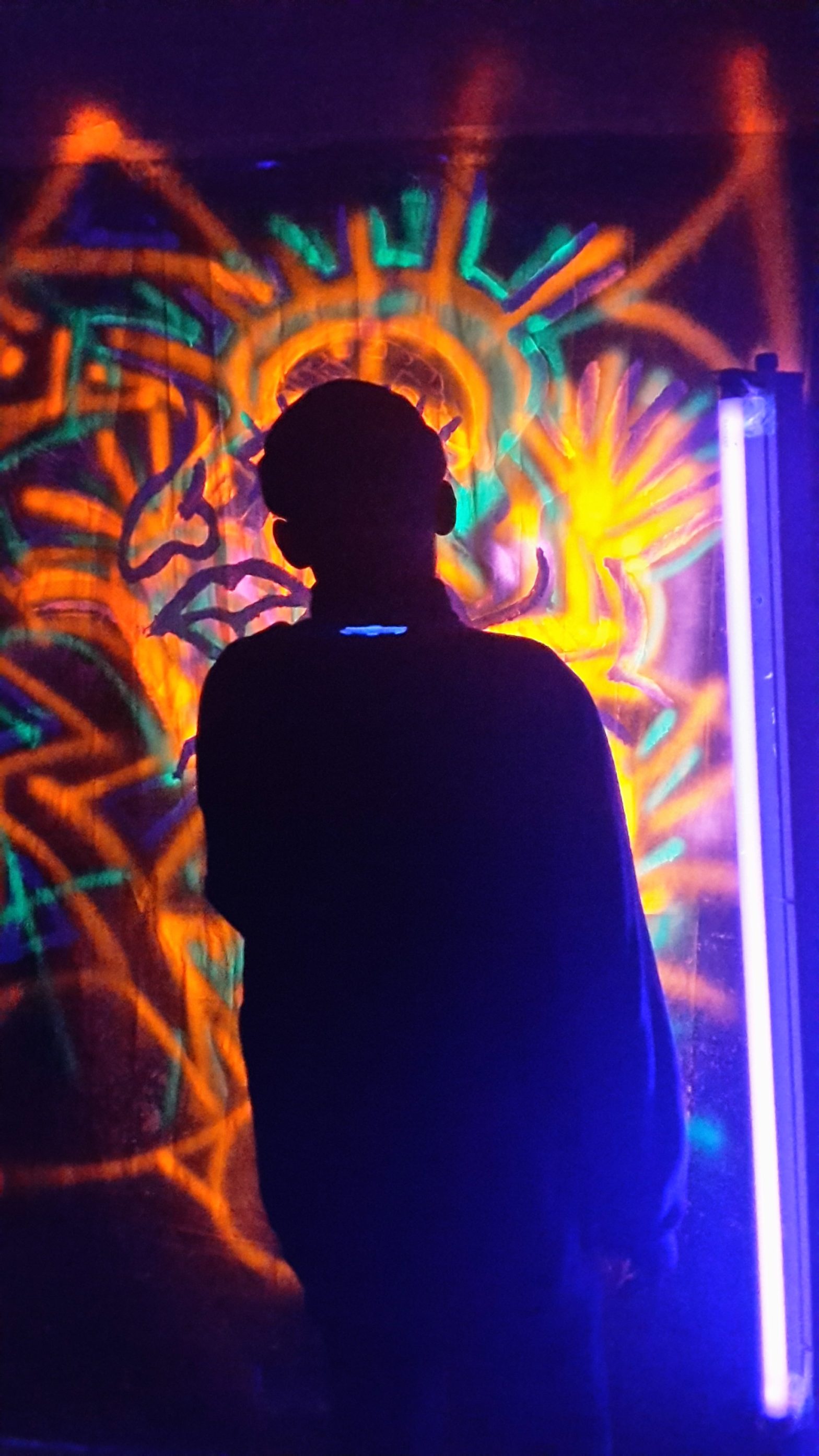 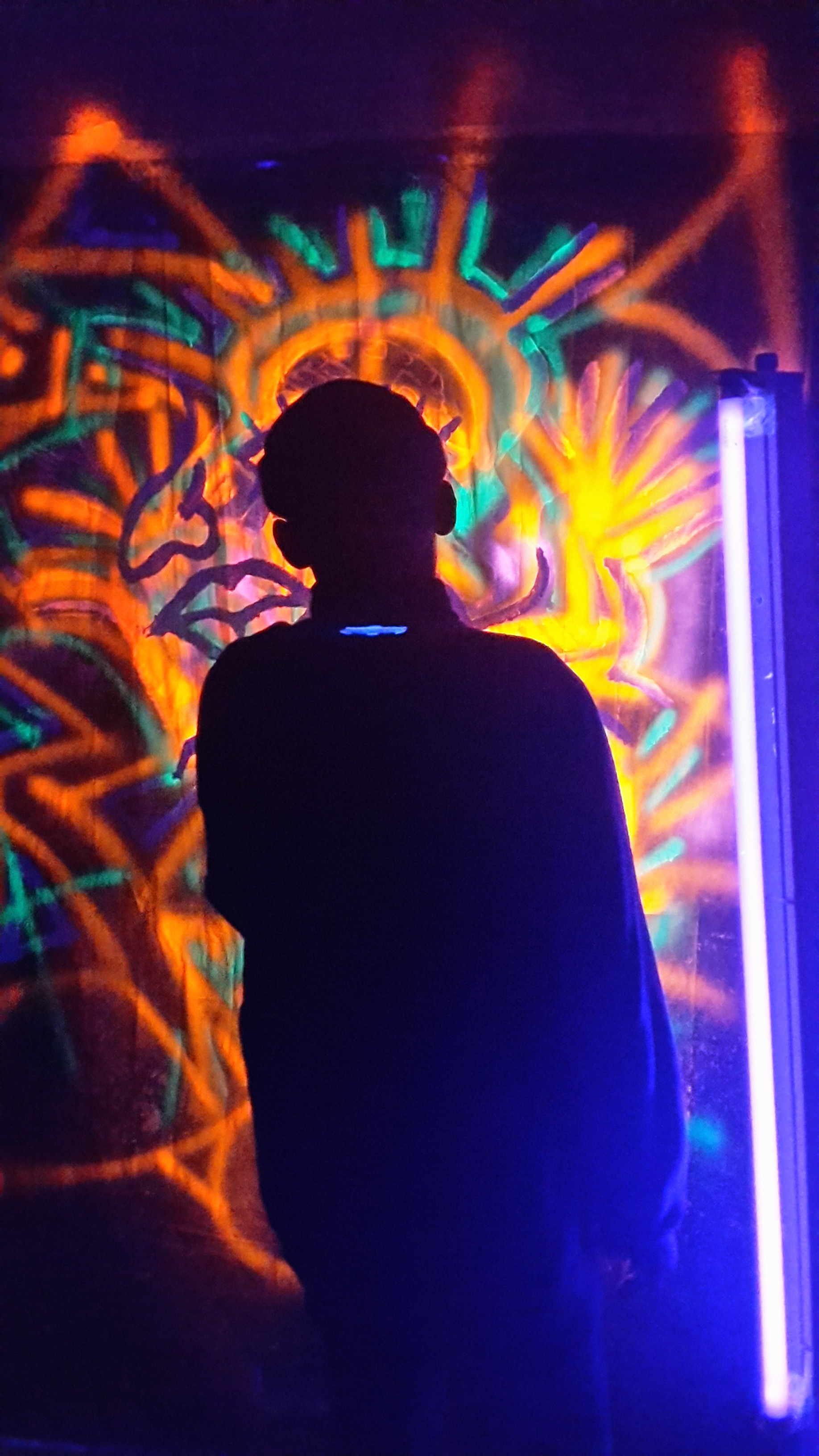 The room is pumping. Strobes, smoke, the tang of spray painters, chest-bursting 80s electro-pop synth and base, and there above the DJ table are two artists posturing in glitter in a celebration of representational erotica which is so exaggerated it is hilarious and tremendous fun.
Hipsters and bohemians in flowy, grungy jackets and tight jeans and tops are grooving around this creative cavern at The Vic. They drift up to the jiving, gyrating deejays, who in the 70s would be called “Go-go girls”, but zip through to the future and see that these two are utterly different.
The sexual identity is not binary, here there be Drag Mother Tazmé utterly resplendent in drag, and – what the hell – my daughter Rosa-Karoo!
She, this child of DSG, Grahamstown, is back in Makhanda celebrating her identity with such er, gay abandon, that the dad inside, is shocked.
Like my father before, upon meeting her mother, Sheena, I am stunned.
Welcome to the underground. My underground!
This is Black Light, a happening not advertised formerly, but orally.. Instead of the usual format of a band and fans, this is a celebration of a number of art forms, of dance, banner art, the DJs who bounce into the crowd and wind them up, ending with a sublime, loud, eerie performance by Sabine.
Afterwards, my child, the dance vamp, describes how most of the crowd love it, but one jock has gotten into her face, and tried to grab her boob. When she snapped at him to get out of her body space, he became ugly and turned to his woman friend saying why would he want to anyway.
You see, out there in the world we want to release our expressions, but there are always the fascists, personal and political, who prowl and predate.
Love the underground!