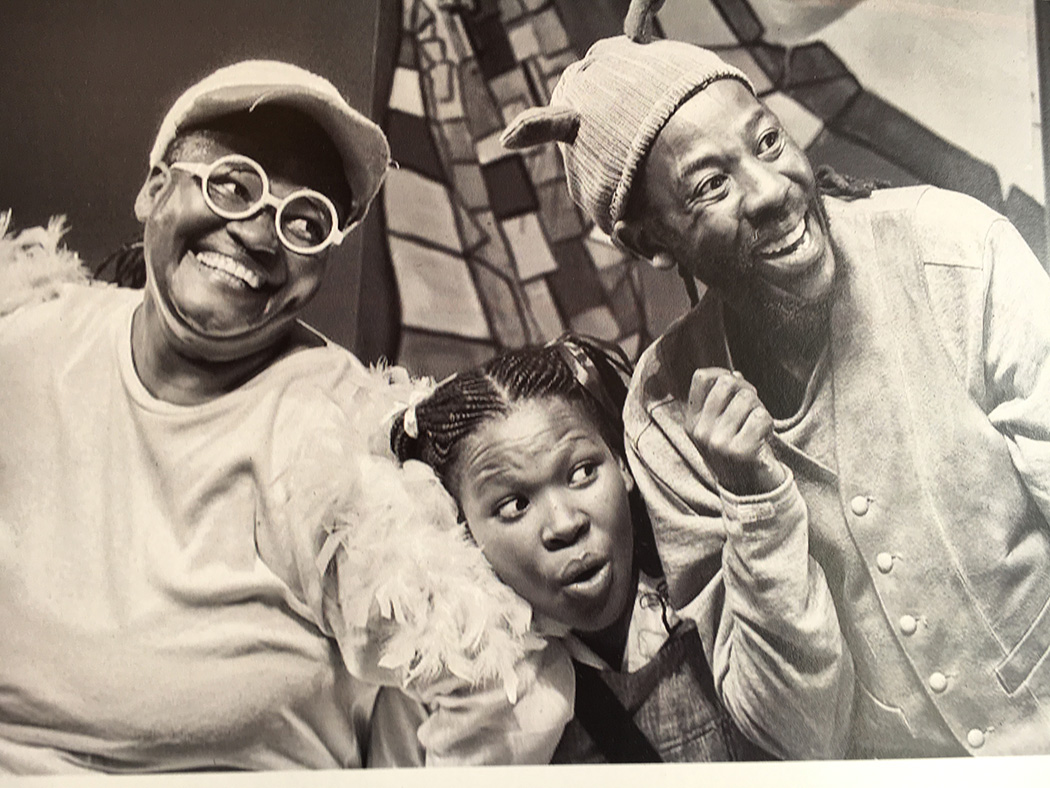 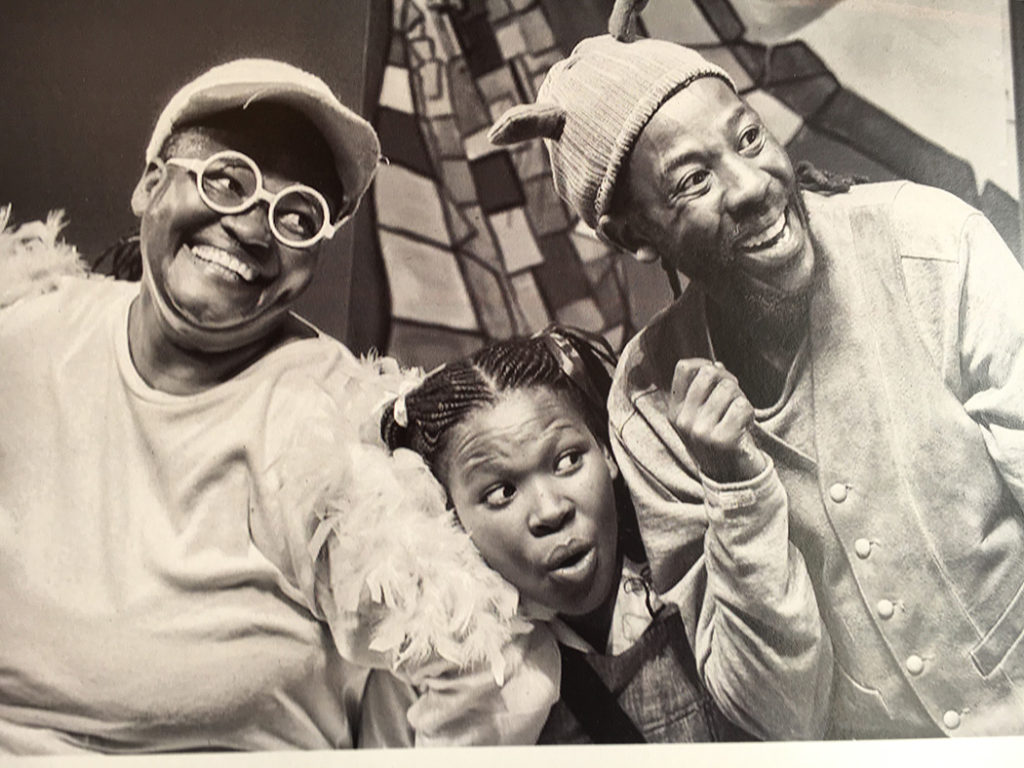 Fundisa is the South African girl child who lifts off from her shack home and flies through every bumpy cloud to reach for the sky. Nothing will stop her. She can do anything her heart desires.

This is the empowering theme of the charming piece of children’s theatre Fundisa’s Fabulous Adventure, which moves from the Gymnasium to Memory Hall on Thursday for three more shows. It caters for children aged 3 to 12.

It’s a laugh-a-minute action-filled fantasy created by one of South Africa’s most successful community theatre companies, UBOM!, started 17 years ago by Janet Buckland and the then-Grahamstown township and town community.

Run out of the Rhodes Drama Department, UBOM! the beat of your heart, has produced 70 performers, some of them Rhodes students, but most coming forward from shacks and matchbox state homes in now-Makhanda. Funding has lurched unsteadily, but theatre activist, Janet Buckland, has kept UBOM!’s own vital heart beating with extraordinary commitment and courage.

Experienced Eastern Cape director, Ingrid Wylde, has been brought in to do the honours with Fundisa and a cast of Ayanda Nondlwana, Nombasa Nqoko, Nox Donyeli, Sisonke Yafele, Masi Jali and Luvuyo Yanta (who co directs) with Rhodes Student Mpumi Khubeka a welcome addition to the UBOM! Team.

Performers working with UBOM! are also involved in four more shows on the festival Look out for Pets are Family, Swarm Theory, Dancing with the Dead, and iGruffalo.

Wylde, who has been an integral figure in the 17-year UBOM! journey, says Fundisa’s Fabulous Adventure follows joyfully in the footsteps of UBOM!’s many classic children’s tales bringing their unique style of theatre, an electrifying fusion of the Buckland legacy and township passion, life rhythm and essence to tell a tale which inspires children to believe in themselves and to keep on struggling for the life of their dreams.

“It is a story about children chasing the stars, those twinkly lights.”

It deals with children who have been left in the care of others, where parents, (especially fathers) are absent, but they are gently represented by a giraffe and a duck, grandfather “Mr Rich” and a magical character called “Buttons”.

“It is highly imaginative and is performed in the classic UBOM! mix of physical theatre, pantomime, magical realism with original music and vocals,” says Wylde.

Performers combine English and isiXhosa to make the piece accessible to as many as possible.

“Girls, children, must dream that ‘I can go out there and do that, go out and be a pilot, a surgeon, whatever they want – if they do their homework. This means finding and sustaining their energy and commitment to keep on when it is tough. They need to build resilience, and strength to withstand whatever comes their way and not be dragged down.”

One way to break through suppression is to seek out and connect with those who have positive energy, says Wylde.

She loves UBOM! for the space it creates for positive interactions between performers who originate from across socio-economic strata and joined by their passion for creating art which is to be enjoyed by all.

She says UBOM! theatre will continue spreading throughout underserved communities.

“Our theatre must play from Sandton Square to a schoolyard in the rural Eastern Cape.”

While the underlying message of Fundisa is inspirational and hints at the struggle for liberation from poverty which must come, she says the UBOM! outreach philosophy is to enter “really difficult schools” and touch children with the joy of theatre.

This is the place where great future artists see the first spark from the outside.

She speaks of children who “experience a spark. A door opens, they see and feel a burst of something inside they did not know was there.”

These creatives move, through UBOM! from childhood to youth to the adult stage.

“UBOM! performers are ground breakers,” she says, listing performers such as Jacque de Silva, Seneliso Dladla, Tarryn Bennet, Nox Donyeli and Mongi Mthombeni who have come through the company.

The National Arts Festival is a world stage which lands annually in UBOM!’s lap, but as part of the drive to keep the arts alive all-year round, UBOM! is deeply involved in the Makhanda Drama Festival, school drama workshops, the big Christmas Show, and wherever the opportunity presents.

Fundisa’s Fabulous Adventure plays at the Gymnasium on Tuesday July 2 (noon) and then moves to Memory Hall for shows on Thursday 4 (4pm), Friday 5 (noon) and Saturday 6 (4pm).