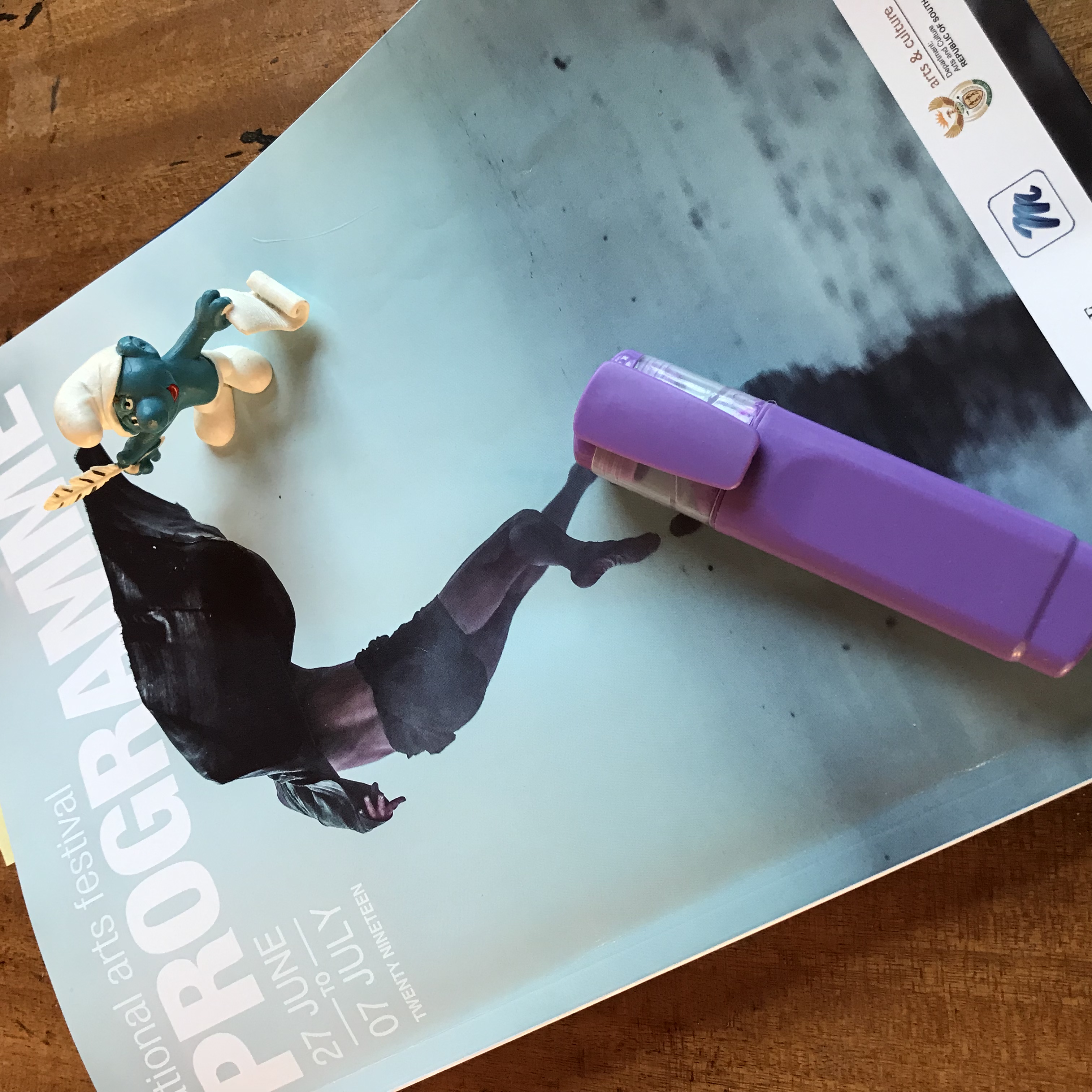 The donkeys are still here, the drums can be heard, he fires are burning at the Albany Club where the drinks are flowing.
It is warm, can cold at any point, and the shows are on!
Many, many changes have gripped this original idea of poet Guy Butler’s for a monument to living arts and culture, and today, with the National Arts Festival’s Tony Lankester and crew in control of the Monument Building, the themes running through this monolithic arts extravaganza, are definitely curation, slick delivery, and a general grooming of the commercial product.
Yes, there is a loss of the wild fringe behaviour, the hippies, the lifestyle hobos, the purist hedonists, which must be considered as they add the vibe and bring life to the huge issue of people’s art, but for the incoming festino with some cash and children and friends to entertain and inspire with creativity, the festival remains an extraordinary offer.
In 1996 then-Grahamstown was invaded by thousands of revelers. The freedom party was crazy. High Street was blocked with humanity, parping, shouting, flaunting sex and non-racialism.
But the woman who connected the 17 gap years between Shakespeare and struggle theatre, festival director Lynette Marais, made the searing comment in 96’ about the jol: “Yes, they are all in the streets, but they are not in the theatres.”
Today under Lankester, that has changed dramatically. People are here for the art; they are in the theatres, cruising the galleries and Village Green for fine crafts and art. The are here for the Standard Bank-sponsored jazz, the digital art and all the new bells and whistles Lankester and the artistic curators have designed.
Festival has become a product, marketed, packaged, and sold. That is great for artists who come to the Fringe with their hard-earned pennies, trying to break even or make a wage. Festival takes it cut, but also subsidises and does its magic turning pokey little venues into brilliantly lit stages where minds are provoked and stimulated, where theatre watchers become emotionally intelligent.
Is there water? Yes. Can you get purified water? Yes. Are there beds? Yes. What will it cost a ticket? R70 to R100. Is there food? More than enough.
We can all debate size and shape, content and character, commercialisation versus people’s art and culture, and that is healthy.
One aspect is non-debatable: it is that artists have come here to give their all. They really give it, and it is merely up to you to join them and be moved, to come and watch and get involved.
There is a power to live art which is sacred and eternal. A festival takes a while to sink in, on the way home, in the quiet moments weeks later, the message and power of art keeps on appearing and giving.