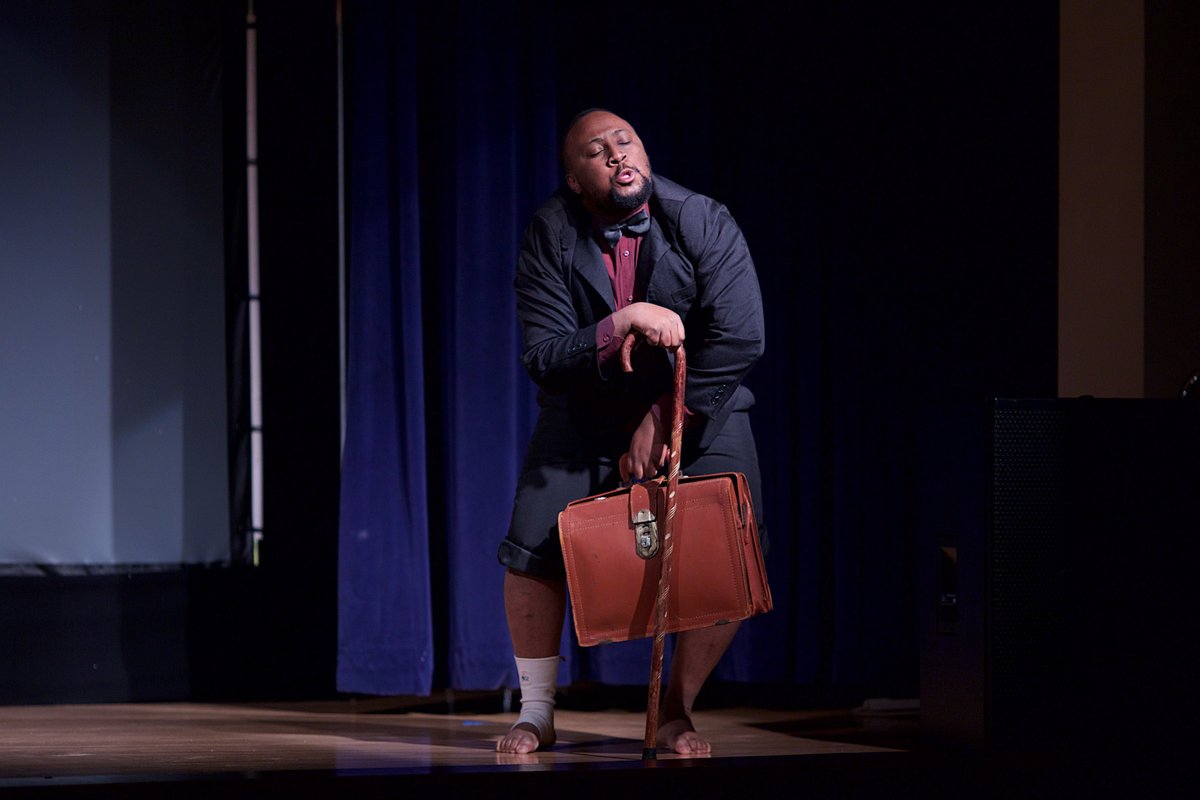 Game of Thrones is over. Finally. Now we can stop goggling the box and get a life. Here’s how:

If you are still finding it difficult to let go of the notion of there being more than two genders and unsettled by the non-binary concept, I am Trans might answer your questions and help you transition to acceptance that the world of gender and sexuality is no longer binary, thank the gods. Alternatively, if you’re woke, you may want to celebrate our emerging consciousness at The Baxter Theatre by going to watch this play which explores the lives of two women as one of them discovers she is transgender. It is described as a very accurate depiction of what actually happens in the LGBTQ community. It plays on 5 and 7 June at 7pm, with a 2pm matinee on the 8th. Tickets cost between R100 and R180, book via baxter.co.za

A spin off of I am Trans, is Transformed. Also on at the Baxter Theatre, it follows the story of Becca, a strong but vulnerable female who just wants to finally be herself, and Kabelo, a young gay man who is feeling unsure of himself. It plays on 4, 6, and 8 June at 7pm. Tickets range from R100 to R180, or see both I am Trans and Transformed for R220. Book via baxter.co.za

Okay, this is really special. The Cenotaph of Dan wa Moriri is theatre you must not miss. Absolutely superb actor Tony Miyambo is Joburg based, so this is a rare chance and we urge you to take it. We were fortunate enough to see this play at the National Arts Festival a couple of years ago and delighted it is getting another run, this time at the Alexander Bar. At heart it is about the death of a father, but it is neither weepy nor melancholy but contains humour, pathos, and beauty. The Critter review stated: “…the soft repetition of seemingly mundane recollections gives them strength, as multiple strands of the thinnest silk woven together can create rope strong enough to pull a ship of sorrow into safe harbour.” We repeat: DO NOT MISS THIS. It is staged from June 10 to 13, and again from the 17th to the 20th. All shows are at 9pm, and tickets cost R120, or R100 online. Book at alexanderbar.co.za

While Tony is visiting us, he’s taking the chance to also perform Kafka’s Ape, so we get the chance to binge on his brilliance. It is an adaptation of the classic A Report To An Academy by Franz Kafka, which involves a primate telling of his struggle to be accepted as human. It opens the door to the experience of ‘the other’ and its subtle allegorical observations are frighteningly pertinent to South Africa. At the Alexander Bar from June 10 to 15, and again on the 21st and 22cnd. All shows start at 9pm. Tickets cost R120 or R100 online. Book on alexanderbar.co.za

For something shiny and fluffy, Fetish and Feathers is also playing at the Alexander Bar this month. With three gorgeous performers from the Rouge Revue Burlesque Company and three beautiful burlesquers from Black Orchid Burlesque SA, there’s bound to be glitter, skimpy outfits, reveals, ass-shaking, titty-wobbling, and lots of thigh. It’s touted as ‘action-packed’, ‘seductive’, ‘authentic’, and ‘specifically designed to get you hot under the collar and excited for more’. Recommended for the open minded and wild at heart. Two shows only, on 14 and 15 June. Both shows at 9pm. Tickets cost R160, or R140 online. Book through alexanderbar.co.za

Magnet Theatre is back. They have developed a deserved repuation for creating really good, and often great, theatre. The latest play, G7: OKWE-BOKHWE is based on the historical records of the Gugulethu 7, who were young Umkhonto weSizwe members ambushed and killed by the apartheid security forces in 1986. It uses the ‘language of the body, song and ritual’ to honour the Gugulethu 7, and ‘celebrates the power of theatre’s ability to heal’. It is on from 12 to 14 June, 16 June, and again from the 18th to 22cnd. All shows are at 7.30pm except on the 16th, 21st and 22cnd when they are at 2pm. Book on webtickets.

We were about to overlook Zombie Attack, which is also at Alexander Bar, but noticed Andrew Laubscher’s name on the programme as director. And the performer is Gaëtan Schmid, who has raised a laugh in the past with his hyperactive comic patter. Somehow, Gaëtan takes the common terror of being called to the front of the class (or out of the audience onto stage) and twists and stretches it to become an apocalyptic zombie nightmare. Movies are referenced, apparently. Lots of them, but the pair promise you don’t have to be a movie watcher to rip your belly from the laffs. It’s on from June 18 to 22, at 7pm. Tickets cost R100, R90 online. Book through alexanderbar.co.za

Bassist Josh Hawks is a vampire. It’s the only explanation for how he manages to have been a keystone of the Cape Town rock n roll scene for almost 30 years, yet still looks so young. He’s been in startup bands, experimental bands, garage bands, trippy bands, successful bands, the whole doom de doom doom. Among them are B-World, Colourfields, and Freshlyground. Now he’s also teamed up with Lumanyan Unity Mzi on drums and Guy Collins on guitar to form the of The Rockskandi Kings, which suggests they mix rock with maskandi and or vice versa. They’ve got a show at the wonderful Alma Cafe in Rosebank, which means it’s intimate. The band will be playing tracks from their debut album due for release in September. The term rockskandi was termed by a African DJ who interviewed Guy about his blending of blues and rock with South African traditional music, apparently. For bookings, call 027 21 685 7377 dictait@rainbow.co.za http://www.almacafe.co. Show is at 7pm on June 9.

A gig promising to be sweet is jazz singer and composer Nono Nkoane at Cafe Roux in Shortmarket Street. Cape Town-born Nono’s debut album True Call is ten great tracks that includes hits such as Baleka, Ndalila, My Journey, and Meditative State. Mentored by the deep African roots of Dizu Plaatjies, she honed her abilities through studying jazz and contemporary music at Tshwane University of Technology. She has performed on stage with Hugh Masekela and Miriam Makeba. ‘Nuff said. Go enjoy the experience on June 12. Dinner from 7pm, show from 8.30. Tickets R100, book through caferouxsessions.co.za

Port Elizabeth had somehown nurtured great jazz over the decades, but the industrial ugliness of the city has never bred punk (that we know of, but then there is Hagen Engler). But here we go, the Undead Generation has left the confines of the Eastern Cape and headed west. Which means they are here, at Evol. Oddly enough, they’re joined by jazzists Quarantine who are also on the road from The Bay, alternative rockers Coastal Clones and local punks Lat Patrollie. This one’s eclectic. Sunday 16 June (Monday’s a public holiday) Doors open at 7pm, entrance costs R40 (those PE okes haven’t caught on to the price of beers here in Cape Town).

Jack is back from peddling rotgut. Jack Parow at Cafe Roux on June 26. Wear your leopard print cap – or not. From 7pm, tickets cost R180. caferouxsessions.co.za

Here’s an interesting looking installation to trip you out. It’s The Light Tank by artist Goddy Roodt and it’s at 99 Loop. Go to the opening on June 5 and check out this ‘immersive multisensory work’ that ‘transfixes audiences with its playful and purposeful interaction of sound and light’. The tank will be open for viewing from 3pm to 6.30pm so you can try figure out if it’s art.
Read more at 99loop.co.za

Save our world and ensure your children don’t euthanise you when you’re too old to resist. Join the Youth climate rally, march and picket on Friday 14 June, meet at corner Keizersgracht and Darling Streets at 11.30am.

One Reply to “Cape Town gig guide: Winter is here”