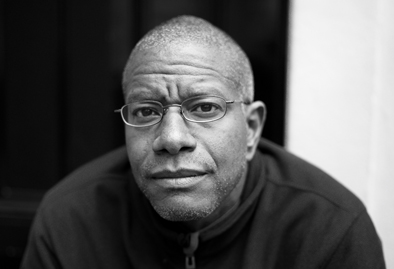 The problem with attending a celebration of literature such the Open Book festival as a journalist is that fact of being someone who writes, but is not a novelist or poet.

Surrounded by published authors of books that have made me, and everyone else, laugh, cry, be outraged, and forget to drink my tea while it’s hot, has a way of making me feel somewhat diminished. For, when the small miracle of someone I know introducing me to someone I don’t know occurs, and the question of ‘what do you do for a living’ eventually arrives, saying ‘I write’, sounds either pretentious (if stated straight-shouldered and chin-up), or trite (a shuffle of the feet and downward glance).

Cue the follow-up question of who do you write for.

‘Oh, I’m freelance’ doesn’t have the same ring as a positive ‘Sunday Times’, or ‘Financial Mail’, or ‘Mail & Guardian’.

It doesn’t help to answer the initial question with ‘I’m a journalist’ either, because, see above.

Thus attending an event in which whipsmart authors such as Ken Liu, Nick Mulgrew and Hedley Twidle shoot the breeze with the terrifyingly lit Rosa Lyster, while it guarantees a heady mix of insight and hilarity, is also guaranteed to leave me with a lingering sense of being slow, unfunny and feeling older than I really am.

Going to listen to Chandré Gould, Mark Heywood, Karabo Rajuili and Hennie van Vuuren talk about uncovering apartheid archives seems, on the face of it, more in tune with the way I try and pay my rent, but has the effect of making my 500 word stories about service delivery protests and housing evictions seem puny in comparison to their 500 page tomes on the biological warfare waged by Wouter Basson, or the thread of corruption carrying over from the apartheid regime into our sullied democracy.

Perhaps it is how a GP might feel at a conference of neuroscientists, or a bricklayer at an engineering convention; as noble as the craft of bricklaying may be, its achievements shrink to near-insignificance before the soaring arc of chasm-defying bridges, or the spires of cloud-tickling skyscrapers.

Attending a scintillating literary event such as Open Book as a bricklayer would be perfectly fine though. It is a craft too far removed from writing to create a sense of status anxiety.

Yet I know there’s a reason other than my penchant for placing myself within gatherings of people more successful than I that makes me gravitate toward Open Book. A reason beyond my slavish attraction to culture and even beyond the life affirming buzz of intelligent people gathering to discuss books and the ideas they contain. While those have a not insignificant role to play, it is the opportunity to watch and listen to a novelist like Paul Beatty affirm the very act of writing as a means to articulate discomfort that acts as the real pot of gold.

Nevermind that he won the National Book Critics Circle Award and the Man Booker Prize last year for his latest novel, The Sellout, his embrace of proscribed ideas, his distinctly politically incorrect insight into our motivations, not only in his novel but in his conversation, makes any amount of foot-shuffling mumbled small talk at the coffee stall between events more than worth the mortification of being a middling hack with a precarious understanding of grammar.

Getting laid-back Harry Garuba, who is *Acting Dean of UCT’s humanities faculty, to gently prod him to talk about black American humour, blackface, the boundaries of good taste and acceptability, his mother, creative writing, and a number of tangential subjects, was one of many acts of programming excellence at Open Book.

Paul started by talking about a desire to challenge the sobriety of black writers in America. After all, he says, the black people he knows aren’t particularly sober. It is as if there is this need for black Americans to cultivate a persona of sobriety in order to counteract a narrative of insobriety.

Paul calls that bullshit out for what it is; an untruth cultivated as a reaction to a white view of African-Americans.

Which is unsurprising if you’ve read The Sellout, but it is still refreshing, and affirming, to hear him say it. Strip it down and it becomes the cliché: tell your truth. Yet paradoxically, obeying that maxim, especially when doing so pushes the envelope of acceptability, is the only way to escape cliché.

Paul does this in The Sellout by inverting everything we presume to be true about race, and black consciousness. This creates a deep and thrilling sense of unease as we are urged to drop our carefully nurtured notions of equality. Black folk – or is it black folks?, his narrator asks at one point – are not equal. They can’t be. They’ve been treated differently for hundreds of years so the gospel of equality that has been preached over the last couple of decades is simply bullshit. And that bullshit has been preached most fervently by the black folk(s) themselves. He seems to suggest we’ve replaced humanity with the fallacy of equality that allows white folk to believe they can forget what they did and breezily move on, but leaves black folk still carrying the load of hundreds of years of white people’s shit.

Messing with what the precious concept of equality and who it benefits is dangerous enough, particularly because we knee-jerk to equating not being equal with inferiority, when what it really means is the half-millennium load of white shit on black backs is magicked into invisibility. Equality and equity are not the same thing. So when incidents of vandalism, purse-snatching, gang fights, drunken and lewd behaviour vanish when Marpessa’s bus is re-segregated, it is because in a nation in which racism has simply changed from being overt to covert and labeled post-racial, segregation restores a sense of identity, and, paradoxically, dignity.

This is highly problematic of course, and only a black writer can say it. However, just because he’s black doesn’t mean he can get away with it, in much the same way his character muses how Rosa Parks might not have refused to give up her seat to white man as an act of civil disobedience, but because “she knew the guy to be unapologetically gassy, or one of those annoying people who insists on asking what you’re reading”. Following the brouhaha that erupted after her arrest, Rosa Parks couldn’t say she didn’t move because the guy asked her what she was reading. “Negros would’ve lynched her.”

No, while the bystander effect may have little traction in black communities, there is the bandwagon effect to consider, and Paul as much admitted he had some very fine judgement calls to make in a novel in which a black man becomes a slave owner and embarks on a process of segregation. The fact that he walks that tightrope for almost 300 pages without losing his balance once is testament of his ability to translate his fine judgment skills into gripping writing that is both thought-provoking and often hilarious.

While racism is racism the world over, race politics in South Africa has a particular hue that sets it apart from America, but in an increasingly globalised world, our responses are often borrowed from the African-American struggle, sometimes at the expense of nuance and a full appreciation of local context. The Sellout does, however, reach across the Atlantic with its inverted appeal to allow ourselves to be human before we qualify ourselves by race.

Critics far cleverer than I have called it satire but I can’t quite accept it as such. There are elements of satire, undoubtedly, in his use of humour, irony and exageration but the lack of ridicule, except perhaps of a class of determinedly sober black intellectual, leaves that description of the novel as a whole wanting.

I think it is also a lazy label that allows us to brush off the real questions Paul is asking about the need for identity, and the psychological and sociological impact when our sense of self and community is stripped away in the name of civil rights and equality.

It’s more a tragedy, really; a painful examination of our true human condition, there being no rule that says tragedy cannot invoke laughter, particularly when placed in a context revealing how ridiculous, and unnecessary the angst is.

The novel begins and pretty much ends with the narrator, Me, in the Supreme Court Case Me vs the United States of America. It could easily be an alternative title for this book.

I would argue the real question the novel grapples with, the heart of the entire fascinating story, is asked by “the beautiful Supreme court Justice from the Upper West Side, who, leaning coolly into her microphone” says: “I think we’ve established the legal quandary here as to whether a violation of civil rights law that results in the very same achievement these heretofore mentioned statutes were meant to promote, yet have failed to achieve, is in fact a breach of said civil rights.”

If the rest of the novel makes up the defendant’s argument, I think Me wins.

Certainly the novel, and Paul’s casually animated conversation, left me inspired enough to write in the midst of the published and acclaimed authors Open Book gathers. For better or worse.

One thought on “Open Book: This thing called writeness”