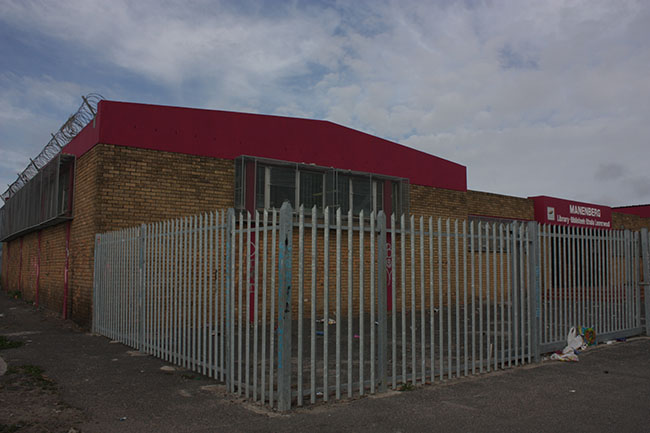 Ironically, post-apartheid government policy has reinforced the spatial inequalities in our cities that apartheid shed so much blood to create.

This is despite the “massive redistributive investment” to alleviate poverty since 1994, says Prof Edgar Pieterse, who is the director for the African Centre for Cities, a UCT-based research and teaching programme which has an attractive but terribly obscure logo.

According to a South African Institute of Race Relations report from 2015, we’ve spent more than R125bn over 20 years to provide more than three million housing units for low-income households, yet our housing backlog has increased from 1.5 million to 2.1 million units. Furthermore, the number of informal settlements has increased from 300 to a staggering 2 225.

Population increase and rural-urban migration go some way to explaining this, but an additional problem is most of the three million houses and rental units that have been delivered, have been built on the outskirts of our cities. This places the poor, and black, on the margins, far away from where they work , leaves the vast unemployed stuck where there are no jobs or means of recreation, and conveniently keeps them out of the sight of wealthy, and still predominantly white, suburban residents. Voster and his cronies would be pleased.*

And as Pieterse points out, what investment has come from the private sector has predominantly been situated in the already wealthy and well-serviced formerly white areas.

In Cape Town, this disjuncture is particularly stark. Think of the staggering amounts of money business has invested in the foreshore and the CBD, and in Woodstock of course. Other than possibly a few isolated projects, the only private investment in Khayelitsha, Mitchell’s Plain, Dunoon, Delft et al, has been in the form of malls; a model replication of the neoliberal system which prods and coerces us into being consumers so that – contrary to the trickle-down mantra – money trickles up, from the completely indebted poor to the franchise owners and up the chain to the corporate owners.

A ride on the dysfunctional metrorail will reveal that NikNaks makes more money out of Lavender Hill than Constantia.

It’s a struggle to name an established theatre east of Jan Smuts Drive, but there are multi-million rand malls in all the poorest of communities: Nyanga Junction at the border of Nyanga and Manenberg, the Westgate mall in Mitchell’s Plain, a new 8 000 square metre mall with 60 shops being built in Delft, the KTC Mall in Khayelitsha. We could go on. Need I mention a search of Delft Mall also brings up an article from Business Report written by Lindsay Dentlinger published a year ago, headlined: “Mall will cripple Delft’s small businesses.”

“Business groups in Delft are up in arms,” writes Dentlinger.

In contrast, an Independent Newspapers headline heralded the opening of the KTC Mall in Khayelitsha as ‘bang on schedule’, just before Christmas 2005.

I’m getting ahead of myself. This all emanates from a discussion titled ‘Integration Complexities’ which was one of the first events of this year’s Open Book festival in Cape Town.

It was Edgar, with the astute Adi Kumar who was, or is, the executive director of the Development Action Group, and the insightful and refreshing Premesh Lalu, who is the director of the Centre for Humanities Research (CHR) at UWC, talking about the challenges of integration in Cape Town.

Pippa Green was the able chair, and it wasn’t her fault there were no roving microphones for the Q&A, which, in combination with the traffic on Buitenkant Street and a few of the hard-of-hearing sitting near the back, meant anyone wanting to ask a question of the learned trio had to do the apologetic shuffle to the front to borrow her corded mike.

Amidst the dispiriting story of increasing spatial segregation (def: poor out in the culturally bereft sticks, rich in the pound seats) and exclusion, there are some sparks of hope. Edgar, Adi and Premesh are some of the people who are kindling the flame.

There was talk of “catalytic projects”, “quantitative and qualitative data”, and monthly meetings among a closed group of community leaders, private sector players and government that are “shifting the debate”.

But it was Lalu’s research revealing that, increasingly, people are saying they lack cultural spaces and social services –  cinemas, theatres, parks, clinics, good schools, fields, halls and meeting places – that brought a glimmer of hope. ‘Cause the heads can talk, and the planners can plan this way or that, but it’s what the people want that they will eventually get. Or perhaps not, perhaps in the end we just accept what is sold to us.

If so, it is even more important that people such as Edgar, Premesh and Adi provide a counter pitch.

Premesh’s pitch is to create places that enable play, coincidence and possibility. We’re focused on “spaces of atrocity, rather than of deep imagining”, he says, referring to most of the public areas in Athlone and surrounds being memorials to apartheid assassinations.

What Premesh prefers to look at is the organic space the about 8 000 people created every Saturday when they went to watch the double features showing at the four cinemas that used to exist in Athlone.

It was this meeting from across Cape Flats communities to participate in culture, that created animated spaces from which emanated relationships, exchanges, partnerships and collaborations.

Having done a lot of research on this, he mentions how Abdullah Ibrahim – who topped America’s “Downbeat” jazzmaster poll in 1975 – met Winston Mankunku – who recorded the blockbustin’ Yakhal’ Inkomo in ‘68 and stayed in South Africa – outside the Kismet theatre, which was the biggest of the cinemas in Athlone. Their collaborations have echoed through Cape Town communities since, surviving two decades of stultification and an altered world of puffer jackets, bling and shopping and still bouncing between the concrete walls of a Gugulethu home or two where semi or fully alcoholic old jazzos pass on techniques and traditions to a dwindling number of keen acolytes.

He tells of theatre director Itumeleng wa Lehulere’s tale of two brothers, separated by apartheid, who would be able to meet at the cinemas every Saturday and exchange notes, without the families every knowing about it.

While interlinking circles on a whiteboard and jargon relating to programmes, activity and connectedness are necessary to penetrate the dimmed minds of bureaucrats, politicians and policy makers, Premesh waxes lyrical about the need to play, to “invite strangeness into the city”, and using art to create spaces for possibility.

Apparently, Verwoed, our homegrown architect of apartheid, wrote a thesis on the blunting of emotion, and the dulling of the senses is exactly what the state set out to achieve. Premesh advocates re-imagining our city by awakening the senses, which is what art, and more broadly, the humanities, does.

Back at the ACT/UJ Arts&Culture Conference at the University of Johannesburg in 2015, there was talk of the poets, dreamers, writers and artists needing to sit at the table where urban planning decisions were made.

It appears Premesh embodies that wish.

There are 27 different events and discussions at Open Book today (Thursday 7 September) and scores more on Friday, Saturday and Sunday. Really, you are spoiled for choice. Check out the programme and book here.

*This is not a party political criticism, rather, it is a criticism of an economic model, which both the ruling party and the opposition embrace. The DA’s neoliberal approach would arguably have yielded the same results.